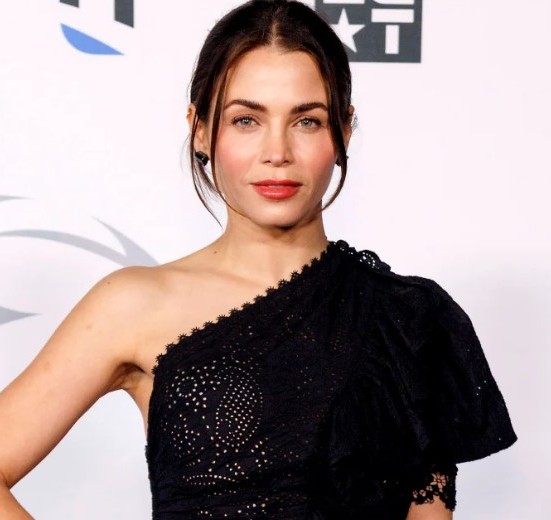 “You have a child dancer who takes his parents or someone they look up to and asks them to come and dance with them,” Judge Tricia Miranda explains the premise of the clip.

Host Philip Lawrence adds about the duets: “We have teams that will compete week after week in the hope of eventually winning the grand prize of $100,000.”

According to Variety, the two teams with the fewest points at the end of each episode will meet in a freestyle dance to determine who moves on to the next week.

All couples will demonstrate “all different styles of dance,” notes Jenna Dewan, who will also judge the competition, adding that she is “very surprised” by the quality that the performers demonstrate every week. “The teams in this show are so unique, and during the competition they really turned into performers,” she says.

Some of the teams who, as Judge Dexter Mayfield put it, are “pushing headfirst” onto the stage include Limp Bizkit drummer John Otto and his 11-year-old daughter Ava, as well as Dance Moms alumni Camryn Smith, 10, and her mom, Adriana Smith.

“I’ll try almost everything,” Adriana explains. “I may not be very good at it, but I’m giving it my all.”

The competition show, executive produced by LL Cool J and Chris O’Donnell, was partly inspired by the extreme popularity of TikTok dancing, the actor told Variety.

For his part, the “Mama Said Knock You Out” artist, who worked with O’Donnell for many years on “NCIS: Los Angeles” and on other production projects, told Variety that he “liked the idea of a family gathering and the music. ”

He added that camaraderie is becoming even more important during the ongoing coronavirus pandemic.

“This idea that children meet a parent, an adult in their life who matters to them, and go to the show, and their dreams come true — especially considering what we’ve been through over the last couple of years,” the rapper clarified.

Kristina Haack shares a photo of her sons in “Reality” after...