Home Celebrity Why is Hodor’s tragic death different in the books? 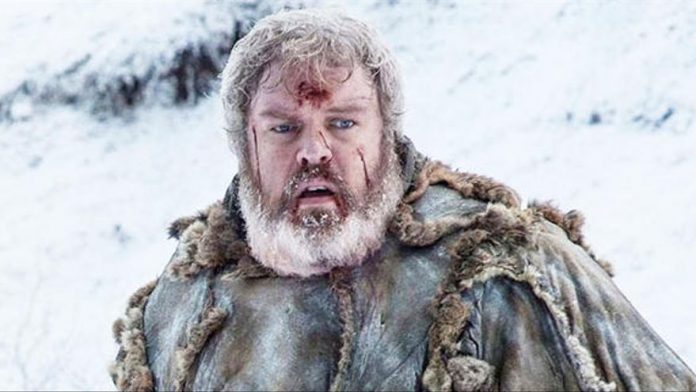 Hodor is one of the favorite characters of the fans of the series and books of Game of Thrones, for the kindness that his look transmits at all times. He was Willys the playmate of Eddard, Benjen and Lyanna Stark in the courtyard of Winterfell when he was just a child. He was big and a bit cowardly, in need of affection.

So when the series revealed the backstory of Hodor (Kristian Nairn) and the origin of his name, his character’s narration showed a very sad approach. But possibly nothing could prepare us for the ending so tragic that he suffered protecting Bran Stark (Isaac Hempstead-Wright) that would leave us with our mouths open.

In this regard, writer George RR Martin revealed how the death of this character was originally going to be according to the book, the details of which had not been publicly disclosed by the writer at the time the episode aired.

The author of the series of novels A Song of Ice and Fire, on which Game of Thrones is based, tells in the book of Fire Cannot Kill a Dragon by James Hibberd, that although it is true that Hodor dies, he will not do it the way in which it aired on The Door, the fifth episode of the show’s sixth season.

This occurs because, as you will recall, George RR Martin has not yet finished the last book in the saga, The Winds of Winter, so the HBO series had to improvise from season 5. Although supposedly Martin had given them some details and stories for the characters.

“In the series they executed it very well, but there will be differences in the book,” Martin said.

“They did it in a very physical way, ‘hold the door’ with Hodor’s strength. In the book, Hodor steals one of the ancient swords from the crypt. Bran has been entering Hodor and practicing with his body, because Bran had been trained to do it. ”

“So telling Hodor to ‘hold the door’ is more like ‘hold this passage, defend it when the enemies approach’, and Hodor faces fighting and killing them. A little different, but the same idea.”

Although the difference between the Game of Thrones books and the series is not much, since Hodor will also die defending the door, but with a sword until the end. Without a doubt for the fans, the series, although sadder, has been the best.

BLACKPINK will premiere How You Like That on the show of..