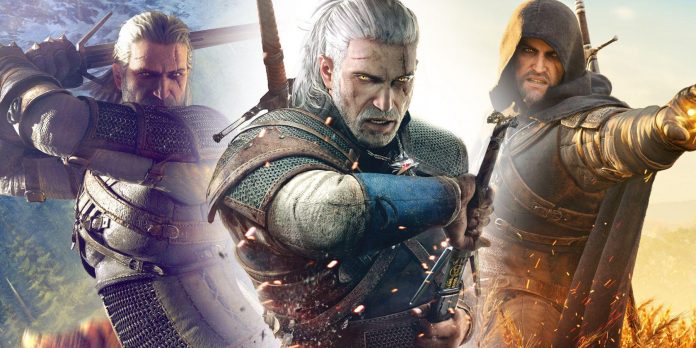 Geralt of Rivia is the main character of The Witcher 3: Wild Hunt and one of the most popular heroes of modern games. This is partly due to the fact that The Witcher 3 is a great game. Excellent narration, as well as the cast, very well beat the main character. However, Geralt’s status as a beloved protagonist is also conditioned by his personality.

Now the fact that Geralt is such an irresistible protagonist is in itself a feat for CD Projekt Red. This is because he was never a blank slate, but was a recognized character from the original series of books about the Witcher. Thus, the creation of a cute video game protagonist who remained faithful to this established personality, but at the same time offered the player a choice, deserves praise, and it is part of this established personality that attracted the love of many fans of The Witcher 3.

Why Players Love Geralt from The Witcher 3: Wild Hunt

One of the most obvious answers is Geralt’s humor and his unflappable speech — from thinking about signing a contract with a frying pan to ordering a long—dead ghost to go down. This makes the dialogues in the game more exciting. However, Geralt’s funny remarks are not exclusively sarcastic jokes, as there are other rare cases when he really tries to be funny. An illustrative example: his pun joke with Yennefer when they are in Freya’s garden for the Witcher 3 quest “In Wolf Skin”.

In addition to comedy, Geralt is also a rather complex protagonist, which makes him a more intriguing character. He’s not a hero, but he’s not exactly a villain in The Witcher 3 either. According to him, he is a freak, and it just so happens that he is looking for someone important to him on a huge Continent. Moreover, quests in the game often represent a morally gray choice, giving the player — and, accordingly, Geralt— a more subtle sense of right and wrong.

For example, throughout the game Geralt relies heavily on the principles of the Witcher, such as accepting coins for contracts with Witcher 3 monsters and maintaining neutrality in political situations. However, the player is also given the opportunity to go against these rules. There are contracts where Geralt can refuse to pay for the sake of the quest giver. Later in the game there are even political plots in which the player can play an active role. Geralt may go so far as to kill the king for the benefit of the Northern Kingdoms.

In the end, it shows that Geralt is not the heartless monster killer he pretends to be. He clearly cares about people. The supposedly insensitive Witcher shows empathy for strangers who are unlucky (at least if the player wants to). Moreover, Geralt intends to protect people from his inner circle. This is especially obvious when it comes to Ciri from The Witcher 3.

In fact, the whole premise of The Witcher 3 main quest revolves around Geralt finding Ciri because he loves her. And the game perfectly depicts their father-daughter relationship. Geralt can accompany Ciri on dangerous missions and express his affection in simple ways during the events of the game — especially in the ending of “The Witcher Ciri”.

Geralt is not a typical heroic hero seeking to save the universe in his benevolent ways. When he set out to find Ciri and save her from the Wild Hunt in The Witcher 3, he wasn’t going to become a hero. He even used far from ethical means to find out about her whereabouts. In the end, Geralt just wanted to save his adopted daughter at any cost — and it is this love and determination that makes him the main character worth rooting for, among other things.

Why can Sparrow Ben Be Even More Powerful than Umbrella Academy