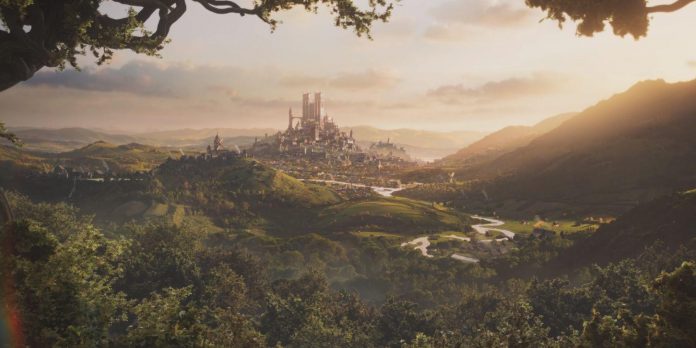 Microsoft’s exclusive Xbox release schedule looks a bit dry right now. With Starfield delayed to 2023, there don’t seem to be many console exclusives right now. Depending on when its release falls out, the next major Xbox Series releases may be Minecraft Legends or Forza Motorsport in 2023, which is not ideal. Despite the strong performance at the Summer Game Fest, Microsoft, Bethesda and other studios they have acquired seem to be either supporting older games or working on distant projects.

Several games announced before the release of the Xbox Series X and S are still waiting for further news. Perfect Dark, Rare’s Everwild and Senua’s Saga: Hellblade 2 are still waiting for release windows, and each has only one or two trailers. Microsoft has several role-playing games in the same boat, including The Elder Scrolls 6 from Bethesda, Avowed and The Outer Worlds 2 from Obsidian. When they will be released is as unclear as most Microsoft projects, but work is underway on all of them. stably independent studios. The only upcoming RPG project that Xbox can call its own is Fable, a reboot that fans know almost nothing about. Fable only exists as a CGI teaser right now, but it may be more integral to Xbox’s success than even The Elder Scrolls 6.

The history of Fable and Microsoft

Although Fable is now associated with Microsoft, in fact this series is the product of one of the publisher’s oldest partnerships. The original game, called simply Fable, was first announced in 2001. It was developed by Lionhead Studios, and its lead designer was Lionhead co-founder Peter Molyneux. Molyneux promised an incredible experience and a revolutionary role-playing game ahead of the game’s launch in 2004. Fable was well received upon release, but Peter Molyneux’s excessive promises overshadowed the situation. In addition, due to excessive ambitions and inflated sales, Lionhead Studios had low inventory and debts. To stay afloat, he needed to sign an agreement with his publisher Microsoft Game Studios.

Thanks to Microsoft’s support and the release of a significantly expanded version called Fable: The Lost Chapters in 2005, Fable achieved commercial success. On April 6, 2006, Lionhead Studios was fully acquired by Microsoft, and in 2008, Fable 2 was released, which was a critical and commercial success. In 2010, Fable 3 followed, and an additional product Fable Heroes in the beat’em-up genre was released for Xbox Live Arcade. in 2012. Fable made a name for itself by combining the open world and elements of an immersive simulator into a standard fantasy action adventure, which distinguished it from other console role-playing games of the time. Little has changed since the 2014 Fable Anniversary remaster, although fans would like the franchise to return to its rich election roots.

Fable Must Prove that Microsoft Can Still Make Role-playing games

As other games have caught up with it in terms of complexity of mechanics and storytelling, the main feature that sets Fable apart is its status as the remaining legacy of the Microsoft RPG franchise. The Elder Scrolls, Avowed and Outer Worlds mentioned earlier were created by recently acquired studios, and, surprisingly, the new Fable will also be. Playground Games, acquired in 2018, has been developing the Forza Horizon series since the Xbox 360, and is now trying its hand at a role-playing game. However, legacy developer or not, Fable is tied to the Xbox name, and recently that name has been smeared with mud.

Thanks to the constant problems with the elements of the Halo Infinite online service and the emphasis that Microsoft placed on acquiring studios with current projects, the company began to gain a reputation. The public has noticed that the best modern Xbox exclusives are often obtained as a result of acquisitions, and various outdated franchises lag behind. Fable is considered a cult property of Xbox, and its success or failure can affect the perception of fans. Failure in the face of several Bethesda and Obsidian role-playing games will confirm that Microsoft’s internal studios and facilities can no longer exist on their own. However, success can make up for the damage done to the Xbox name over the years, and it would be almost poetic to see Fable lead the attack on a new generation of Western role-playing games.