Home Crypto Why is Bitcoin Not a Chain of Happiness? 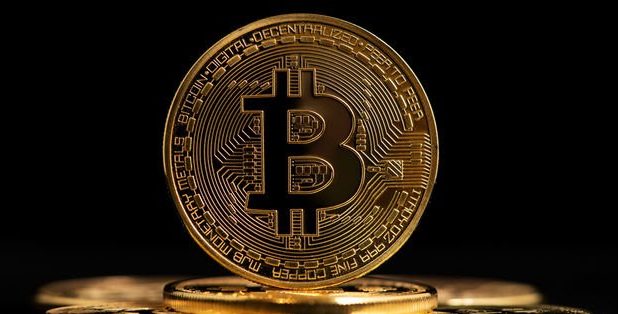 Bitcoin has faced many criticisms since its inception. There are various arguments on Bitcoin being a chain of happiness as well as some reasons such as its high

volatility and being used in money laundering. Could Bitcoin really be a pyramid scheme? Let’s examine it with arguments.

Before moving on to the arguments about Bitcoin, it is useful to touch the concept of the pyramid chain. Cryptocurrency analyst Willy Woo says that when something looks like a bubble and does not visibly offer a return, the first thing that comes to mind is a pyramid scheme. So what does the happiness chain that has come to the fore in the crypto money world?

What is the chain of happiness, how is it understood?

Felicity chain is a fraudulent method that adds investors to the system by promising high returns and pays existing investors with the money of newcomers to the system. On the basis of the happiness chain is the lie that high production is made and that high returns will be offered accordingly. Farm Bank, which was established in 2016 and closed in 2018, can be given as an example.

It is promised that everyone who invests in this fraudulent method will earn a profit. Cryptocurrencies, which have reached more and more users in recent years, worry institutions such as the US Securities Commission (SEC). The SEC report states that cryptocurrencies such as Bitcoin have become popular and are used as a kind of currency.

How is the chain of happiness understood?

There are some criteria that make it easier to identify the chain of happiness. These criteria can be listed as follows:

Those who are members of the chain of happiness often lose money because they are defrauded. Although there are those who try to scam people over Bitcoin; Anyone investing in Bitcoin often loses money due to unexpected market movements, wrong or emotional decisions and movements. Not because he was defrauded. Now let’s take a look at the various arguments that argue that Bitcoin is not a chain of happiness within the framework of the above criteria.

Arguments arguing that Bitcoin is not a pyramid chain

Bitcoin doesn’t promise returns: Satoshi Nakamoto has not made a statement that Bitcoin will offer returns. In an e-mail sent in 2008, Nakamoto said, “If the money supply rises in line with the increase in the number of people using that money, the price will remain constant. But if supply does not increase as fast as demand, deflation occurs and money becomes more valuable. ” he said.

Nakamoto also said that Bitcoin is similar to precious metal. He emphasized that fixed supply will lead to price change and the value of money will increase as the number of users increases. This means that more users demand money than Nakamoto. Bitcoin price is shaped in direct proportion to the demand and thus its return is determined by the influence of the users. In this case, it is concluded that Bitcoin is not a promise of profit, but a return scheme shaped by the demand of users.

Bitcoin does not have a leader: Bitcoin created by Satoshi Nakamoto is leaderless. Contrary to popular belief, Satoshi is not the leader behind Bitcoin, only its creator. After developing Bitcoin, it disappeared and was replaced by users and software developers. Although some developers of the network played an important role for Bitcoin, many of them turned to different projects in the future.

There is no hierarchy in Bitcoin: BTC; It has a decentralized, open source structure where anyone can participate in the network. It is the miners who keep the network alive and anyone can contribute to the network by mining. There is no state, institution, center or system behind the decentralized Bitcoin. Everyone is equal in the Bitcoin network formed only by network participants.

Bitcoin transactions are visible to everyone: Transfers that take place in the Bitcoin network are public. The addresses of the transactions made are on the network uncensored. It is often not known who the addresses belong to.

Getting paid with Bitcoin is not difficult: Bitcoin has overcome the liquidity problem compared to the past. Although transaction fees may increase depending on the market density, users can withdraw money from cryptocurrency exchanges or Bitcoin ATMs. Bitcoin can be withdrawn by converting to fiat money on exchanges and instantly converted into cash.

It is not argued that Bitcoin has low risk: Bitcoin has seen high price volatility since its inception. Although BTC volatility has declined over time, it does not yet have a low level of volatility compared to other financial assets. As with any investment and financial instrument, Bitcoin also carries some risk. Neither a low-risk qualification for BTC is made in the whitepaper, nor is a statement in this direction from investors in general.

Because the Bitcoin price is relatively unstable, the return is not consistent: Bitcoin does not offer a stable return due to volatility and demand change. For example, with Elon Musk tweeting, thousands of dollars can rise in a short time. For this reason, consistency in the pyramid logic does not exist in Bitcoin.

Bitcoin aims to offer a solution rather than a promise: Satoshi Nakamoto made a statement on Bitcoin technology, including ensuring payment without the need for third parties and solving the double-spending problem in the Bitcoin whitepaper. This article, written in an academic language, does not make any promises.

When the criteria of being a chain of happiness were evaluated, we saw that there were data showing that Bitcoin did not meet these criteria. Although the bitcoin price saw sharp drops from time to time, it somehow collected and managed to grow its user base.

This growth resulted in the adoption of Bitcoin by corporate companies such as MicroStrategy and Tesla, and major banks such as BNY Mellon.