Home Crypto Why Is Bitcoin (BTC) Falling? Here Is The News That Pulls The... 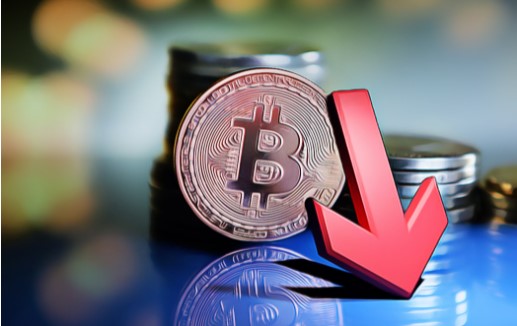 The cryptocurrency market has witnessed an incredible rise in the past few days. The leading cryptocurrency Bitcoin (BTC) managed to rise to the level of $ 45,400 with this increase.

On the other hand, the second largest cryptocurrency experienced a similar increase in Ethereum and rose again above $ 3,000 after a long time. This was also the case with other altcoins.

However, later on, cryptocurrencies fell again. So what was the news that brought the market down? Here are the details..

Why Are Bitcoin and Altcoins Falling?

So much so that Bitcoin (BTC), with the effect of this crisis, increased its price above $ 45,000. As Ethereum surged above $3,000, altcoins also recorded massive increases.

However, cryptocurrencies have started to lose blood again in recent days. The leading cryptocurrency Bitcoin (BTC) regressed to $ 41,000 with this decline, while Ethereum fell below $ 3.00o again.

So what caused this decline? Let’s take a look at this news that brought the market down.

While Russian President Vladimir Putin’s attack on Ukraine continues at full speed on the 9th day, conflicts continue in the region.

A fire broke out last night as a result of the attack of Russian soldiers at the Zaporizhia Nuclear Power Plant in Enerhodar, Ukraine. During the clashes last night, firefighters could not start the extinguishing process. However, the fire brigade could not begin to intervene in the following hours. However, after a while, the fire was brought under control by firefighters.

Therefore, the decline in the cryptocurrency market may have been caused by the fire as a result of the attack on the Zaporozhye Nuclear Power Plant.

What is the Latest Situation in Bitcoin?

Bitcoin (BTC), the world’s largest cryptocurrency by market cap, has erased the gains in the recent increase. With this decline, Bitcoin declined from $ 45,400 to $ 41,000.

Although Bitcoin has now found buyers at the critical support level of $ 41,000, the question on the minds of investors is whether Bitcoin will experience further declines.

While the flagship cryptocurrency has recorded a 5% drop in the last 24 hours, it continues to trade at $ 41,500 as of the time of writing.

Altcoin is up 95% from its lowest level in March!