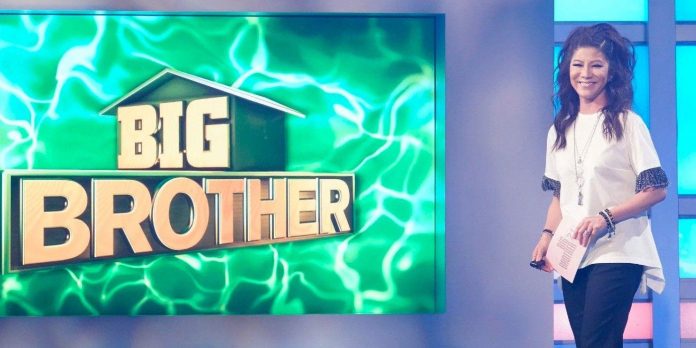 According to several sources, for the third season in a row, Big Brother will not have a live audience for its live episodes, and fans are upset that they have lost this important aspect of the show again. “Big Brother 10” was the first season to have a live audience in every episode, and it brought a whole new dynamic to eviction night. Although the main idea of “Big Brother” is to isolate house guests from the outside world, viewers play a big role in the show, regardless of whether they comment on live broadcasts or vote for twists that can affect the game. When the door of the Big Brother house opens on the night of the eviction, it becomes much stronger when a group of people react to the evicted guest. Otherwise, it’s just a participant entering the silent sound stage, who is greeted exclusively by the host Julie Chen Moonves.

Link: Big Brother: Why the shortened game of the 24th season is good for the show

Big Brother’s live audience is very important to the show because it gives viewers a chance to speak out. While the guests of the house are playing the game, their every movement and everything they say is recorded live. In this regard, “Big Brother” – a unique show because viewers, in fact, see raw footage of episodes before they are created. While the producers of Big Brother can provide the participants with any changes they want, viewers often protest (sometimes quite loudly) if they think inappropriate or offensive things are swept under the carpet. The live audience allows the evicted guest to immediately know how he or she is perceived by the audience, and sometimes they are ruthless when evicted, although often they have good reasons for doing so.

“Big Brother 15” was a season marred by racist, homophobic, anti-Semitic and misogynistic statements by the participants. When Aaryn Grice was finally evicted from the Big Brother house, she was initially greeted with applause, but it quickly turned into booing when some of the louder voices in the audience took over. During the interview, Julie confronted her with her racist and homophobic comments, repeating her words in response. When Aarin tried to justify her words by saying that they were taken out of context, she stated that she did not even remember saying such things, and that she was not serious if she said them. Then the audience laughed mockingly because they knew the truth.

Similarly, the guest of “Big Brother 16” Kristin Brecht got a lot of noise when she left the house because of her ambiguous “flirtation” with Cody Calafiore, despite the fact that she was married. There were also problems with her playing, which some fans found behind-the-scenes. One of the most interesting aspects of this public reaction was that the taunts were so loud that the remaining houseguests could hear them inside the house. They interpreted it so that they evicted the right person, because the audience was clearly against Christina.

The live audience also holds Julie responsible, forcing her to confront the guests of the Big Brother house. During Big Brother 23, Xavier Prater broke his alliance with Kyland Young near the end of the game. Before Kyland walked out the door when he was evicted, he questioned Xavier’s integrity, including his ability to be a good role model for his nephew. As Xavier became more and more upset, Julie had to shout for Kyland to leave the house. However, Julie never mentioned the confrontation during Kyland’s weekend interview, which would not have been possible if a live audience had been present. His reaction would surely have forced Julie to deal with the situation.

By topic: Will Julie Chen Moonves Be Handing Out Bibles on Big Brother 24

Big Brother’s live audience is an integral part of the show. This creates excitement, gives a voice to the audience and makes guests responsible for their actions inside the house. Fans will notice a difference in energy when a favorite contestant, such as four-time legendary player Janelle Pierzina, leaves the house without a live audience, compared to when she was greeted with loud applause and applause after Big Brother 14. The finale is also much more interesting when there is a live audience. Hopefully, Big Brother 24 will find a way to bring back a live audience before the end of the season.

Machine Gun Kelly has blood running down his face after he...