Home Celebrity Why Hope and Doc might cancel their wedding plans 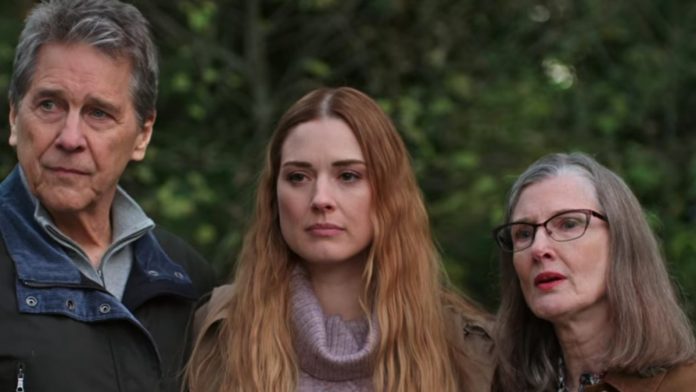 Virgin River’s third season is on the way for Netflix and the end of the second season left fans worried about Doc Mullins (Tim Matheson). In the season finale, Hope McCrea (Annette O’Toole) had been discussing plans for her wedding.

On the other hand, Doc seemed distracted but said that he had something to say to Hope and that the news of him could cause the couple to cancel their big day. Let’s recap a bit about the situation at Virgin River, to start the relationship between Doc and Hope has been turbulent over the course of the two seasons, but by the end of season two, things were looking up.

In turn, the couple had been separated, but not divorced, for more than 20 years and remained close friends. After Hope’s heart attack, she made a quick decision to divorce Doc once and for all, but in the end, she couldn’t move on.

Instead, she and Doc (Tim Matheson) realized how much they needed each other, and Doc gifted Hope (Annette O’Toole) another engagement ring. So they had decided to make things even bigger and better the second time around and were planning a special reception at Virgin River.

Their close friends in town had planned a surprise engagement party for them and they were ready to celebrate. Sadly, just as Hope was about to discover the surprise, Doc (Tim Matheson) told her that she had important news from another health consultant.

Before she had time to tell him what was wrong, her friends jumped in and surprised them, ready to congratulate the couple. Now Virgin River fans believe that Doc had received a shock diagnosis, which could mean that the wedding plans are either on hold or canceled entirely.

There are a number of theories about what the fate of this couple in Virgin River holds, even more so about what the condition might be, and many believe that Doc’s eyesight is failing him because he has made several comments in the past about him. that his eyes no longer serve him well, so he needed a new assistant.

Others have suggested that he may have a brain tumor, which could later lead to loss of sight. An alternative theory is that he has been asked to work in another area, rendering him incapacitated as a Virgin River doctor, whatever the news is likely to have a major impact on Doc and Hope’s relationship, just as they were starting to get back together. The normality.

Jessica Thivenin happy to be on the set of the Marseillais!