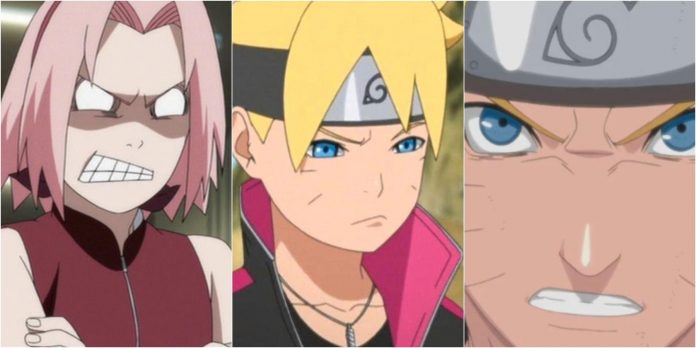 Last month, a fairly large anime blogger Oceaniz made a video in which he told how Naruto edited the filler to show the series to his girlfriend. During this time, the video has gained more than a million views, and besides being a cute gesture, it’s a fascinating dive into how the series complements its episodes and storyline.

This is especially true when you consider that most of this filler and repetition will make it difficult for a beginner to swallow the series. In accordance with this, Oceaniz decided to exclude the ongoing sequel Boruto: Naruto Next Generations from the project. In fact, this is not a surprise: Oceaniz is just the latest in a long line of Naruto fans who view the sequel series as a second—rate product worth skipping. In fact, this is a fairly common opinion in the Naruto fandom, if not a majority one. And, to be completely honest, he concedes. But if you liked Naruto, don’t skip the whole Boruto (the keyword is “everything”).

Why Boruto is despised

There are several good reasons why Boruto is widely rejected by the Naruto fan community. Firstly, this is a huge number of fillers in anime. This happened as a result of the fact that manga and anime went in different directions after the release of the movie “Boruto: Naruto” in 2015. The manga began after the completion of the events of the film, while the anime decided to follow through and eventually retell the events of the film. , before proceeding with the manga adaptation. Boruto manga is updated only monthly, whereas anime is released weekly, and, therefore, the risk that the latter will overlap the first is quite real. The combination of these factors represents anime, which is perhaps the filler of the majority, in the sense that it has storylines exclusive to anime.

The second reason is that the main character Boruto is much less likable than his father. Boruto, although a kind-hearted and talented shinobi, is also arrogant, and lacks Naruto’s sense of direction regarding his goals. He rarely feels like an outsider, and for people who have fallen in love with Naruto, this can be an obstacle to a deal. His adopted brother Kawaki is even more repulsive. Then the story of Boruto pained Naruto and Sasuke by killing Kurama and destroying Sasuke’s Rinnegan, which was a blatant and cruel attempt to prevent them from overshadowing this new generation. This decision caused a lot of justified anger on the part of fans and caused once unthinkable fears that Naruto or Sasuke might die before the end of the series.

There are also well-founded complaints that the main group of Boruto villains, Kara, and the new members of the Otsutsuki clan are much less convincing and attractive than Naruto villains such as Orochimaru and Akatsuki. Also, while some Boruto fillers are good or even great, there are plenty that are completely tasteless. And, of course, facial expressions and character models in the series can look completely strange, even to the point that they deserve attention. For those who have put Naruto on a pedestal as one of the greatest manga and anime ever created, all this is understandably frustrating. However, these shortcomings hide anime and manga, which are sometimes equally touching and interesting.

Why You should watch Boruto (at least most of it)

The above disadvantages are significant disadvantages and should not be taken lightly. But Boruto is still worth a look. Firstly, it is important to note that the Boruto filler, as a rule, plays by different rules than the typical Naruto and anime filler, since he is not afraid to expand knowledge about famous places or characters or even kill them. Onoki, a former Tsuchikage and the main character in the second half of Naruto Shippuden, loses his life in what is arguably Boruto’s filler, completing an arc that would be more than acceptable as canon if it had a manga form. Indeed, many Boruto fillers are fillers only in the sense that they are not in the manga. In terms of narrative and often animation quality, they are not as far behind as Naruto’s filler arches. Many of these arches also check out old favorites from Naruto and give them time to prove themselves, which otherwise they would not have.

Also, while Boruto and Kawaki are less-than-stellar protagonists, Boruto’s supporting cast, both old and new, makes the series interesting and fresh. Boruto’s other teammates, Sarada and Mitsuki, are extremely cute and well-crafted characters, especially the first one. In addition, some of their classmates, such as Iwabe Yuino and Sumire Kakei, make the new generation of shinobi Leaf more than just the children of Naruto’s supporting cast (although some of these characters, such as Chocho Akimichi, are also fantastic). Of course, there is also a lot of nice work done with old favorites like Kakashi, Gaara and even Orochimaru.