Home Entertainment Why Fans of Fallout: New Vegas Should Keep an Eye on pentimento 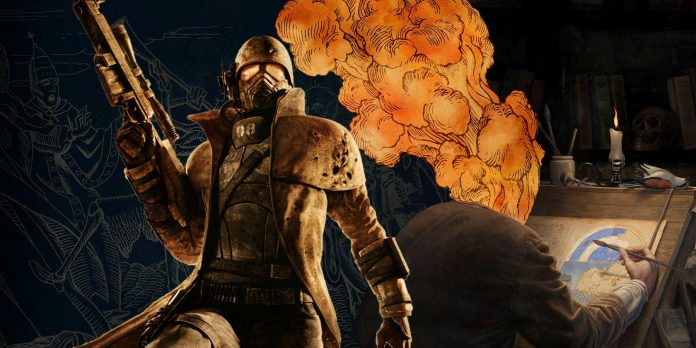 Pentiment is an upcoming detective game with a narrative focus from Obsidian Entertainment, and the mind behind it hints that it will be a great release for fans of Fallout: New Vegas. Although the artistic style and setting of Pentiment are very different from its post-apocalyptic predecessor, the gameplay of the game emphasizes a narrative based on choice. This freedom of the player, combined with the narrative consequences, was the main element of Fallout: New Vegas.

Pentiment also has a well-known game designer with a stellar track record — Josh Sawyer from Obsidian Entertainment. He is known for having worked on some great role-playing games, such as the Icewind Dale series, the Pillars of Eternity series and, most notably, Fallout: New Vegas. Now Sawyer is the game director of Pentiment, which already looks promising for fans of role-playing games.

Pentiment is described as a historical detective game that focuses on player choice and character development. The game character’s name is Andreas Mahler, and he visits Kirsau Abbey, a monastic scriptorium in 16th-century Germany, to work on a commission. The talented artist Mahler was commissioned to work on illustrations for illuminated manuscripts. However, his work is interrupted when he becomes involved in a murder mystery that has been going on for 25 years.

In an interview, Sawyer shared that Pentiment may focus on elements of mysticism, but it’s not a detective game like L.A. Noire. It’s more of a narrative adventure, meaning it doesn’t have the more hardcore L.A. Noire detective mechanics. Sawyer compares it more to games like Night in the Woods and Oxenfree, both of which have a similar gameplay perspective to Pentiment and unique artistic styles.

In addition to the gameplay, the similarity with Fallout: New Vegas begins to manifest itself when considering the narrative of Pentiment. In the story, Mahler becomes the driving force in the murder investigation. He walks, talks to people, learns about their motives and, in the end, decides who is to blame. Despite the fact that Mahler does not hold an official position in the investigation team, he can talk to the archdeacon of the abbey about his findings. And as soon as Mahler puts the blame on someone, he will almost certainly be killed.

It’s reminiscent of the freedom that Fallout: New Vegas gives its players. The courier experiences what could have been the secret of their own murder and sets out to take revenge. As the quest line progresses, things get more complicated, and the player finds that he has to make difficult decisions to advance the narrative. These decisions strengthen the Courier’s relations with some factions and spoil relations with others. It also has dire consequences for the state of the Mojave Wastelands and New Vegas in the endgame.

Pentiment takes it one step further, as the time frame of the game covers about 25 years. According to Sawyer, when Mahler points out the alleged killer, people will remember his decision. Whatever happens, Mahler must deal with the consequences of his actions in Penmentment and live up to the moment when they materialize. This is an interesting look at the role-playing game, as players do not often see the long-term consequences and butterfly effect of their choice.

That’s why fans of the choice-based Fallout: New Vegas narrative should look forward to the release of Pentiment in November. Although the artistic style and tone are very different, a historical mystery can give a stellar narrative with ramified consequences. And the last interesting detail: the word “sentiment” refers to an image hidden behind an existing painting. This is another hint that in the upcoming Obsidian Entertainment game, players will have something to discover.

The release of Pentiment is scheduled for November 22 for PC, Xbox One and Xbox Series X/S.