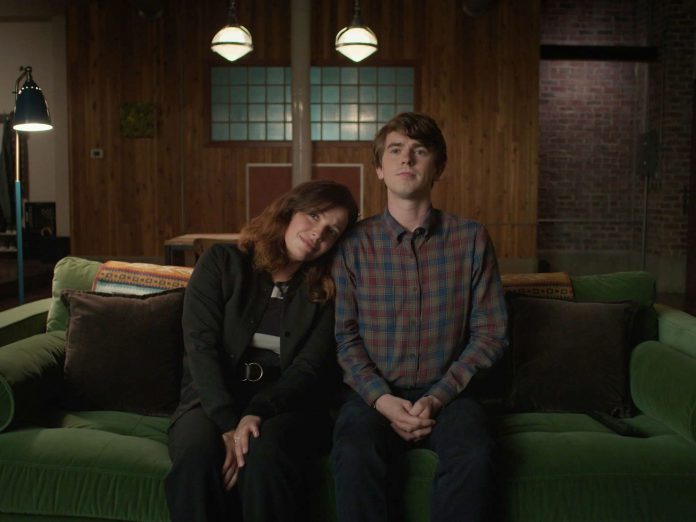 The new season of Dr. Shaun Murphy’s (Freddie Highmore) medical drama, The Good Doctor, hit fan screens on November 2 through ABC and after a long wait the episodes of the fourth season were released. .

Recall that season 4 of The Good Doctor was stopped in March due to the blockage generated by the coronavirus pandemic. However, the series team resumed work on the film set in order to arrive with the much-desired season.

Fans of The Good Doctor remain anxious for the return of the drama between Shaun and Lea (Paige Spara). So much so, that they have recently come out to criticize the love relationship between the two characters. However, the couple also found someone to defend them.

In the last season of The Good Doctor, fans watched Dr. Neil Melendez (Nicholas Gonzalez) die from serious injuries sustained during the earthquake. Also, in the end they also noticed that Lea was taking an interest in Shaun.

In this sense, firstly the fans are very upset with the writers of The Good Doctor, for the disappearance of Melendez, since they will not see him develop his love relationship with Dr. Claire Browne (Antonia Thomas), but they will have to deal with the relationship between Shaun and Lea.

Secondly, some fans are also upset as they disagree with things getting romantic between Dr. Shaun and Lea. Let’s remember that with the end of season 3, both of them declare their feelings and end up kissing. This situation, left the fans of The Good Doctor intrigued wondering if the relationship will really materialize.

The fans expressed their opinion and expressed their belief that Lea is with Shaun because she feels bad for him. Others felt angry about the relationship, claiming that they are together for the wrong reasons. These were the comments left by The Good Doctor fans on the networks:

“I think Lea is with Shaun out of pity.”

“Shaun needs someone better than Lea.”

And it is that despite so much negativity in some fans of The Good Doctor regarding the relationship between Shaun and Lea, others said that both were made for each other and therefore they were excitedly waiting for the new installment to see how develops its story.