Home Entertainment Why Ewan McGregor Thought He Ruined Season 3 of “Fargo” On Day... 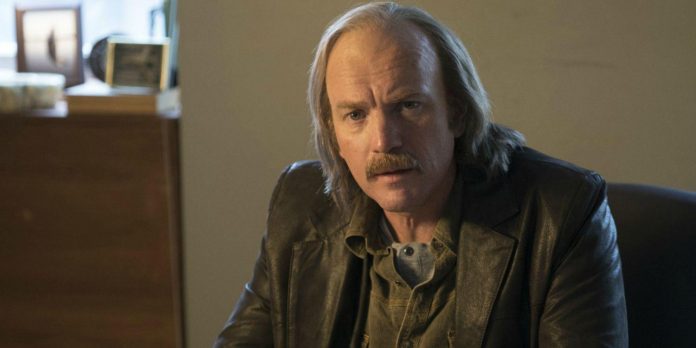 Ewan McGregor explains why he thought he might have ruined season 3 of “Fargo” on the first day of filming. “Fargo” on the FX channel has attracted many famous actors for four seasons. But McGregor is arguably still the biggest star ever to grace the show’s ever-acclaimed cast.

Of course, it wasn’t enough for the Star Wars prequel star McGregor to play just one character when he arrived in season 3 of Fargo. Therefore, the actor took on the always frightening task of playing two characters: Emmit and Ray Stussy, a pair of twin brothers whose lives (and hair growth) went in completely different directions. As if that wasn’t enough, in the third season of “Fargo,” McGregor also had the task of giving each Stussie brother a convincing Minnesota accent. Unfortunately, many criticized McGregor for not mastering the sly accent that glorified the original Coen Brothers film “Fargo” and its Oscar-winning star Frances McDormand.

Related: the story of the 5th season of “Fargo” may complicate the chronology of the film

In fact, it turned out that McGregor himself was initially unsure of his own Minnesota accent when he began work on season 3 of “Fargo.” In an interview with British GQ, the actor discussed the difficulties with the accent and talked about how disappointed he was with his work. after his first day of filming as Emmit Stussi. He said:

It’s very, very difficult for a Brit to get that accent because there’s so much Irish in it, and you might find yourself speaking with a bad Irish accent, which is unforgivable. So I worked with my dialect coach, Liz Himelstein, but she couldn’t come with me and I found it quite difficult not having her on set. But I slowly realized. The first thing I did was make a speech in a room full of people, like Emmit on the first day, and… in my mouth it seemed so wrong, alien and strange. And I was sure everyone in the room was thinking: “My God, what are we going to do about it?” But I saw it in response, and it seemed to me that it sounded like everything else I did in the rest of the series, so I guess it was just my ear getting used to what my mouth was doing.

Of course, the question of whether McGregor coped well with his Minnesota accent in the third season of “Fargo” is a matter of debate. But overall, the season has received critical acclaim, and it currently has a 93% score on Rotten Tomatoes. And the Emmys, for their part, were certainly impressed by McGregor’s double performance as the Stassi brothers, which gave him a nomination for Outstanding Lead Actor in a miniseries or movie (he eventually lost to Riz Ahmed in the HBO series “The Night”).

McGregor’s problems with a Minnesota accent may have caused him some concern at the beginning of filming the third season of “Fargo.” But the critics’ positive verdict on the season as a whole proves that his concerns about spoiling the entire show were ultimately unfounded. Indeed, “Fargo” starred in season 4 and is going to return in season 5. When the fifth season of “Fargo” was announced, actors Jon Hamm, Juno Temple and Jennifer Jason Leigh prepared to dive into the very peculiar world of the show. a few tips on how to talk like they’re from Minnesota. His main advice on accent may be to not worry too much about it if they initially sound strange to themselves.

Blue Box Will Offer Abandoned Free to Those Who Bought Its...