Home Entertainment Why “Emotional Stress” and Instagram Are at the Heart of Vanessa Bryant’s... 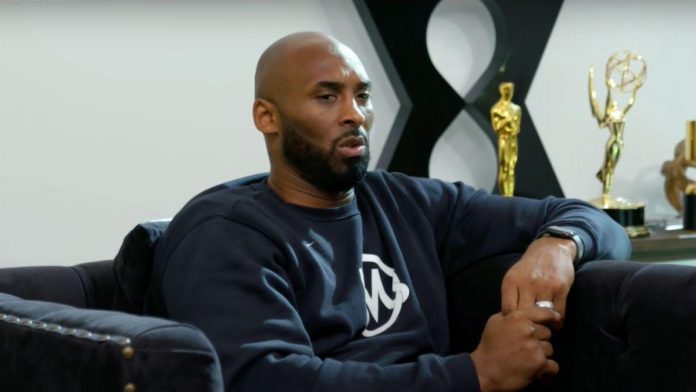 It was reported that after the helicopter crash, which killed Kobe Bryant, his teenage daughter Gianna and several other people in 2020, the first persons who arrived at the scene later distributed photos of the crash site. As a result, the widow of NBA legend Vanessa Bryant has filed a lawsuit against Los Angeles County, which is moving slowly but surely. The latest details that have emerged in connection with this case relate to how much “emotional distress” and Instagram are at the heart of the case.

Earlier, the presiding judge scolded both Vanessa Bryant’s legal team and the defense for publishing hundreds of pages in court concerning exhibits that did not have a “semblance of order.” Presumably, the two camps were ordered to minimize everything to the most important evidence so that it would not turn into an “endless battle”. Alas, it was not there, because now it seems that this is a battle for what is important and what is not. According to documents filed in the district court and obtained by Law & Crime, Los Angeles County is actively fighting to have Bryant’s Instagram posts included in the upcoming lawsuit. In their opinion, the images and words in them are “critical” for assessing how much (or how little) the widespread photos of plane crashes really caused her “emotional distress,” as she claims. The issues they want to investigate in court with them include:

What did the Plaintiff publish about the loss of her family members, the helicopter crash and the problems in this lawsuit? What did she say about what and how she did?

The application is accompanied by about 90 different Instagram posts from the account of a 40-year-old mother. Among them are images associated with the Kobe Bryant Sports Foundation, which is now called the Mamba and Mambacita Sports Foundation, laughing selfies of Vanessa and photo shoots for magazine covers. There are also several posts that show her posing with other celebrities such as Vin Diesel, Tyrese, J Lo, Ciara, Kris Jenner and others, as well as in different countries for family holidays. The publication noted that one post in which Vanessa was dressed as Cruella de Vil from Disney for Halloween and commented on “revenge” as part of the grieving process could be especially devastating for her costume.

The point of Los Angeles County, apparently, is that if the wife of a late basketball star claims emotional distress, it doesn’t seem to be the case, judging by her Instagram feed. The documents state that the jury will need to see these exhibits in person in order to correctly decide whether the photos from the crash site were the real cause of any alleged suffering or whether it was just the accident itself.:

However, Vanessa Bryant is fighting against these posts becoming part of the trial scheduled for August. Her argument is that stellar and luxurious photos could potentially cause a biased attitude of the jury towards her. In other words, if they see that she leads a fairly comfortable lifestyle (the one that technically she has always led since she married Kobe in 2001), then they can decide the outcome based on need, not justice. She also claims that the defense evidence is not only inappropriate, but also confusing and unnecessary.

The judge is expected to rule on the Instagram posts in question in the coming weeks. Meanwhile, the sports world continues to mourn the loss of the former Los Angeles Lakers player to this day. It is known that a tribute to Kobe Bryant was shown in the ESPN documentary series “The Last Dance” (now available for streaming to Netflix subscribers). On July 20, Golden State warrior Clay Thompson honored Kobe and his daughter Gigi during his ESPY Award speech, to which Vanessa responded personally on Instagram, saying Thompson was a “cool actor.”

She also relentlessly paid tribute to her late husband and daughter on social media, including a rather heartbreaking post last August about what was supposed to be Black Mamba’s 42nd birthday. Let’s hope that the current trial will find a solution sooner rather than later.

Fuser: Play for Free For A Limited Time on Nintendo Switch