Home News Why Elon Musk decided to buy Twitter The truth about the event... 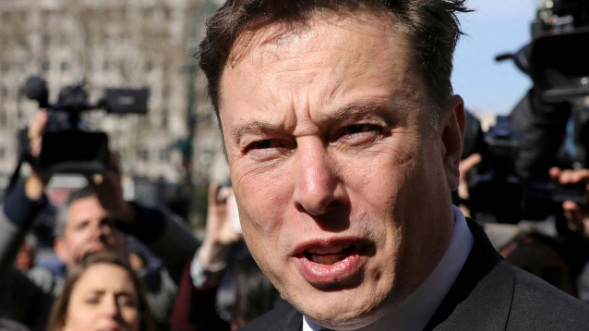 Elon Musk, who made a Twitter offer in April and withdrew his offer after the chaos, submitted the same offer for Twitter again today. So why do these Mask movements occur? It’s a different dimension than you think.

In April last year, Elon Musk made a news that shocked the whole world. The richest man in the world, the founder of SpaceX, Tesla, Neuralink and The Boring Company, has submitted an offer to buy Twitter.

Let’s remember what happened at first:

Although Elon Musk’s desire to take over Twitter was perceived as a surprise in April, in fact it was not so. Musk has been building this plan for a long time, judging by the new court documents, which we will tell you about in the near future. In these messages, Musk complained about freedom of speech and decisions on content moderation. In addition, Musk said in an April TED interview that he wants an “inclusive arena for freedom of speech.” However, let’s recall the events between Musk and Twitter in chronological order:

January 31: Musk starts buying Twitter shares. By mid-March, Musk’s share in the company reached 5%.
March 26: Musk announces that he is “seriously” considering creating an alternative to Twitter. He also said he doubts whether Twitter is harming democracy. During this process, Musk approached Twitter co-founder Jack Dorsey and Twitter board members with personal messages and conversations.
March 27: Musk begins talks with Twitter’s CEO and board of directors about joining the board. During these talks, Musk also talked about turning Twitter into a private company or creating a platform to compete with Twitter.
April 4: It is officially announced that Elon Musk owns about $3 billion worth of Twitter shares. Thus, Musk became the largest shareholder of Twitter with a 9% stake.
April 5: Musk is offered to join Twitter’s board of directors, provided that he does not own more than 14.9% of the company’s shares. “It became clear to us that he would be of great benefit to our board of directors,” said Twitter CEO Parag Agrawal. I made an action.
April 11: Twitter CEO announces that Musk has resigned his board membership.
April 14: Twitter announced that Musk had offered to buy the company for about $44 billion.
April 15: Twitter’s board of directors decides to activate protection against the “poison pill” against Musk’s proposal.
April 21: Musk raised $45.5 billion to buy Twitter. Twitter’s board has come under pressure.
April 25: Twitter accepts Elon Musk’s $44 billion offer. Musk has stated that he is privatizing Twitter and that the platform currently does not respect freedom of expression.
April 29: Musk sells $8.5 billion worth of Tesla stock to finance the acquisition of Twitter.
May 5: Musk began raising funds from the world-famous rich for financing. The attracted fund reached $7 billion.
May 10: Musk announces he will lift the ban on Donald Trump. It was a sign that he would bring “freedom of speech” to the platform.
May 13: Musk announced the suspension of the acquisition of Twitter. He shared the reason why Twitter needed to “accurately” determine the number of fake accounts on the platform.
June 6: Musk threatens to cancel the $44 billion deal, accusing Twitter of refusing to provide him with information about fake accounts.
July 8: After random arguments about bot accounts, Elon Musk canceled his offer on Twitter due to “not providing sufficient information about the number of fake accounts.”
July 12: Twitter filed a lawsuit against Musk to force Musk to complete the deal.
July 19: A Delaware judge announces that the legal dispute between Musk and Twitter will go to trial in October.
July 30: Elon Musk files a lawsuit against Twitter.
August 23: Twitter’s former head of security claims that the company misinformed regulators about its weak cybersecurity and negligence protections in an attempt to root out fake accounts spreading misinformation. This informant on Twitter was Payter “Mudge” Zatko.
October 4: Musk resubmitted his initial bid to buy Twitter for $44 billion. But this time there was a new condition in the deal (we’ll talk about it later).
After all this chaos, why did Elon Musk decide to buy Twitter again? The answer can be hidden from August 23 to October 4:

In documents submitted to the judge on August 23, former Twitter security chief Payter “Mudge” Zatko presented some evidence proving Twitter wrong against Elon Musk. Zatko also swore that he had not contacted Elon Musk or any of his team before providing this evidence. But the real confusion was in the email that appeared before Zatko’s statement.

The email in question was sent from an anonymous ProtonMail account to Alex Spiro, a lawyer at the Quinn Emanuel law firm representing Musk, on May 6. This anonymous person, who calls himself a “leader and former team manager in Twitter’s trust and security/content moderation unit,” stated that Musk’s team contacted another platform in “alternative secure ways” and requested information about Twitter.

Following the disclosure of this email, Twitter demanded that the messages, printed documents and all other digital communications of Musk’s close contacts be investigated. Musk’s team, on the other hand, opposed the request, saying that “the additional discovery is irrelevant.” But the judge in the Twitter-Mask case, Chancellor Kathleen McCormick, rejected the request from Musk’s team.

With this decision, the judge granted Twitter the right to search for Musk’s or his team’s messages, except for emails, with 15 search terms that need to be determined. Thus, previously unknown communications between Musk and his team will come to light. In other words, secret files and correspondence may be disclosed.

Judge McCormick gave Elon Musk’s team until Friday, October 7, to submit “additional documents.” Alex Spiro, the recipient of the anonymous email, was also going to explain what he did after the October 5th email, the day we wrote this article.

But as the day of Spiro’s announcement approached, Elon Musk took the final step. What a coincidence, right? Musk said in an official letter he sent to the SEC that he would continue his offer to buy Twitter in the same way. But in order for this purchase to continue, he set the following condition:

“If the court (clerical court) postpones the hearing and all other related proceedings until the suspension or additional court decision”
So what’s the deal then? According to experts, it will continue:

According to many legal experts, the lawsuit between Musk and Twitter will not be stopped and will continue despite Musk’s request and expectations. After evaluating all the evidence, the hearing will take place on October 17. Of course, we will be able to find out whether this will happen today (October 5) or in the coming days.

Elon Musk actually announced the main goal of his acquisition of Twitter in the early hours of October 5:

Buying Twitter is an accelerant to creating X, the everything app

Elon Musk actually answered the question “Is he creating his own social media platform?” that has arisen in recent weeks with this tweet. “Buying Twitter is an accelerator for creating X, an app for everything,” Musk wrote. they used phrases.

In recent weeks, Musk has said, “If the Twitter deal doesn’t go through, have you thought about creating your own social platform?” He answered the question by simply typing “X.com “. This domain name was founded by Elon Musk in 1999 to provide online banking services. The domain name was returned to Elon Musk from PayPal in 2017.

So, what will Elon Musk do if he buys Twitter?

It’s very difficult to predict Musk’s plans right now. But if we look at the current posts of Musk, the most controversial name to date, we can clearly see that he has a plan to create a separate platform for social networks. However, it is impossible to say what role Twitter will play in creating this platform.

It is unclear where the process between Elon Musk and Twitter will lead. Although the case will end at some point or the purchase will take place, it is likely that not all of our questions will be answered in the near future.