Home Celebrity Why Ecgwynn could be a key token for Edward 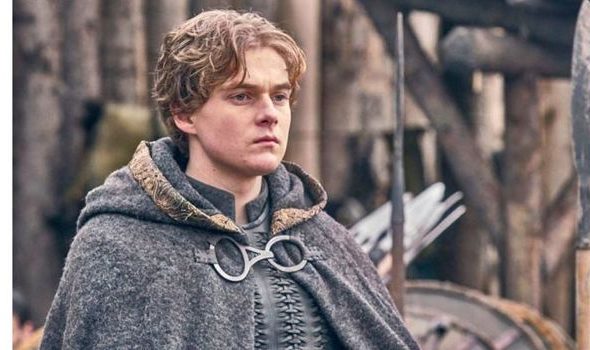 The fifth season of The Last Kingdom is being made for Netflix and the historical drama will follow the Saxons and Danes. On her side, Ecgwynn (Julia Brown) is King Edward’s (Timothy Innes) first wife and the couple separated due to claims that her marriage was illegitimate.

So, in season four, Ecgwynn reunited with her son Aethelstan (Caspar Griffiths), who is on the line of being the next Saxon King. Thanks to these, The Last Kingdom fans want to know if Ecgwynn will have to assume an important role in the plot or not.

Recall that Ecgwynn appears in both The Last Kingdom and Bernard Cornwell’s The Saxon Stories, on which the series is based. Similarly, she is the ex-wife of Edward and mother of twins Aethelstan and Aedgyth, who were separated at birth.

On the other hand, Ecgwynn and Edward were secretly married because they knew that her parents would never approve of the relationship, for this reason her marriage was annulled and Ecgwynn was separated from her family and sent to a convent.

Likewise, in the fourth season of The Last Kingdom, Edward’s mother, Aelswith (Eliza Butterworth), began to feel guilty for breaking up the family. So, she traveled to the convent to reunite Ecgwynn with her son Aethelstan and they were able to spend time together.

As Ecgwynn had not seen Aelswith before in The Last Kingdom, she did not realize that she was Edward’s mother, who had destroyed them both. Let’s not forget that Aelswith simply said that she was a mother who understood Ecgwynn’s situation and promised that Aethelstan would be safe.

As Aethelstan becomes the main focus of season five, there is a chance that Ecgwynn will again play a bigger role. She begins by discovering the truth behind Aelswith’s visit to the convent and the possibility arises that she wants revenge on Aelswith for what she did to him to take her rightful place as the king’s wife.

In addition, fans of The Last Kingdom can also see Ecgwynn take on a bigger role in the upcoming season after Aelswith fell ill at the end of season four. Because if news of Aelswith’s illness reaches Ecgwynn, she may feel that she must return to the kingdom to face the weakened Aelswith.

Joe Alvin is not going to write more songs with girlfriend...

Suzy Cortez turned face down and stole her fans’ breath