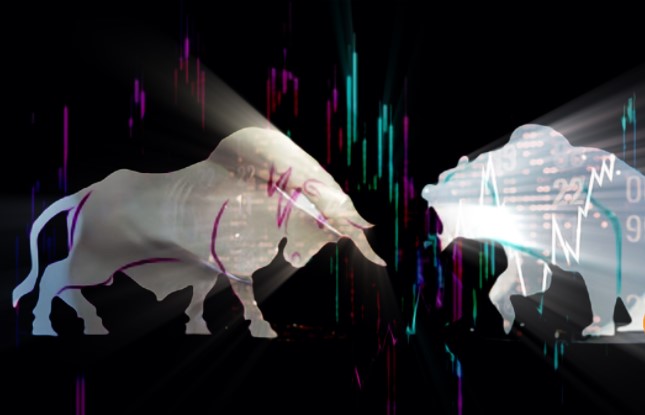 Popular meme token Shiba Inu had all eyes on him with his performance this year. Following the market trend, SHIB has been quiet for a while and investors are wondering why. In this article, we will examine possible scenarios, metrics and technical indicators.

What Do SHIB Indicators Indicate?

The Shiba Inu bullish and bearish indicator shows how SHIB buyers and sellers are in balance. The Shiba Inu continues its sideways trend after reaching $0.000055 on November 30. SHIB is trading at $0.0000354 after the drop recorded yesterday.

The IntoTheBlack bulls and bears indicator tracks the number of addresses that buy or sell more than 1% of the total volume traded on a given day. Bulls buy more than 1% of the total volume, while bears are the ones selling more than 1%. The difference between bulls and bears provides an understanding of net buying/selling activity. According to the big players address count, the last seven days on Shiba have passed with the rise of the bears. The volume view, which calculates the total amount bought by the bulls and sold by the bears, makes a very interesting point.

A total of 22.84 billion SHIB was bought by the bulls in the last seven-day period, while 21.33 billion SHIB was sold by the bears. Overall, the amount of SHIB purchased in the last seven days exceeded the sales by approximately 1.51 billion, which is a positive sign. RSI, on the other hand, is a momentum indicator used to learn about overbought or oversold conditions of an asset. The RSI on the Shiba Inu daily chart is hovering near the 50 mark suggesting possible consolidation or sideways movement.

The RSI indicator shows that neither the bulls nor the bears have the advantage. SHIB posted a 62,000,000% increase from its all-time low in November 2020. Also, as the year draws to a close, it may take time for the Shiba Inu to consolidate and adopt for the next move in 2022.

Famous Trader Selected 4 Altcoins for 2022: They Can Explode!

Bitcoin Domination Has Not Declined That Much Since April 2019