Home Entertainment Why Doesn’t Dream have his Original comic in the Netflix series Sandman... 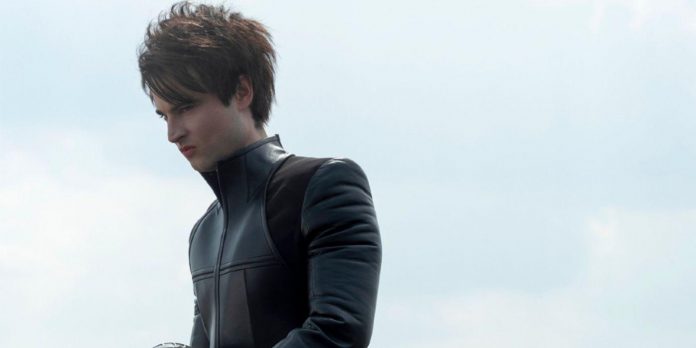 Tom Sturridge explains why Dream will look new in the Netflix adaptation of The Sandman. The original series, written by Neil Gaiman and published by DC Comics, became a mystical Gothic legend. It lasted from 1989 to 1996 and tells about the escape Morpheus (who is also called the Sandman and the Dream) from his years of imprisonment and his attempts to correct his mistakes and rebuild his kingdom. In the 90s, Warner Bros. planned a film adaptation, which was never realized. After more than a decade of development hell, the series was finally selected for a Netflix TV adaptation in June 2019, and the premiere is scheduled for August 5.

In the comics, Morpheus’ appearance immediately signals him as a supernatural being, with disheveled raven-colored hair, black starry eyes, haggard facial features and paper-white skin, which sets him apart from the modern series. In January 2021, most of the cast of The Sandman series was announced, including English actor Sturridge in the title role. The role of Dream is no small feat for Sturridge, since the eternal character must be a complex and subtle mixture of ethereal power and human flaws. However, early images from Netflix’s “Sandman” depicted the stripped-down appearance of the iconic character.

Link: Sandman Has Already Proven That His Backlash to Lucifer’s Casting Is Ridiculous

In a recent interview with Fandom, Sturridge explains the reason for the change of Dream’s image in the series, referring to Gaiman himself as a huge role. See what he said below:

As a huge fan, the first thing I wanted to do was to completely, literally recreate Morpheus depicted on the page. And we did it, we did a lot of camera tests, we painted my skin white like a sheet of A4 paper, I had black contact lenses with stars in them, I had huge disheveled hair, and it was amazing. He really looked exactly like the Sandman we know, but what Neil said, which was very important, was that if Morpheus was going to walk the world, walk the streets of New York, no one should bat an eye. He must be present, but no one should think that this infinite being is among them. And if I was walking down the hallway of Shepperton Studios dressed like then, people would say: “Wow! Dude, where are you going?” So it just didn’t work out, and I know fans will question some of the changes in the way it looks. And it really all came from Neil and his advice. And we gradually reduced it to “wait a second, Tom, you’re still sickly pale, and your hair is always in a mess, and when I look into your eyes, I see space.” So everything was fine.

It’s interesting to hear Sturridge discussing such an accurate reproduction of the iconic image of Morpheus, and the creators eventually decided to go in a different direction. However, Gaiman’s arguments underlying this decision are crucial to the character’s central conflict. Although Morpheus is one of the Infinite, his humanity and movement in the modern world are what contribute to his growth. Moving to a more humanoid portrayal of the character will make this storyline even more enjoyable, and Sturridge’s admission that he is a big fan of comics will undoubtedly go a long way in his quest to do the character justice.

The actor’s comments should reassure viewers who were concerned about the show’s fidelity to its hugely successful source material after watching footage from the series before its debut. After all, modern audiences are no stranger to dubious comic book adaptation projects, and it always hurts when a long-awaited adaptation simply isn’t translated to a new medium. But with Gaiman on board and starring behind the scenes, viewers can rest assured that the show is in safe hands. The changes in the appearance of the Sandman were made in order to make the story as comical and realistic as possible, thereby setting the bar even higher for the “Sandman” from Netflix.