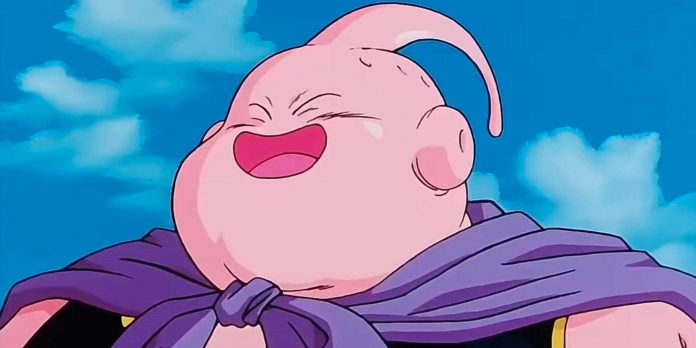 Dragon Ball Z‘s final arc, the Majin Buu Saga, saw Goku and the Z Fighters battling the titular monster, who evolved into several forms before eventually splitting into two halves, one good, and one evil. The evil half, Kid Buu, was eventually defeated by Goku’s Spirit Bomb and reincarnated into Uub. The childlike Good Buu would go on to settle down and live on earth with his best friend Mr. Satan, making him an ally of the Z Fighters.

Even though he’s weaker than Kid Buu, Good Buu is still arguably the most powerful being on Earth aside from Goku and Vegeta (and Arale), and still rivals the two of them in strength. Yet for all this power, he is remarkably underused throughout Dragon Ball Super and GT. Recent developments in Super’s manga do make Buu a more complex character, but he’s still solidly behind other less powerful fighters like Gohan, Piccolo, and Krillin in terms of his time in the limelight. Why is that?

RELATED: Are Non-Canon Anime Films Worth It?

Buu is Too Broken

Although he’s so strong that he was one of two beings in Universe 7 even Frieza feared (the other being the God of Destruction Beerus), Buu’s biggest asset is his virtual immortality. His gooey body can regenerate almost all damage he receives instantly. Buu is not the first Dragon Ball villain capable of regeneration, with Piccolo and Frieza displaying it on a limited level and Cell also employing it, albeit more slowly. But the extent at which Buu absorbs damage is unrivaled among any character in the Dragon Ball multiverse.

This makes Buu even harder to defeat than Goku or Vegeta, and it’s still hard to imagine him outright losing, even to Super’s strongest villains. Beerus admittedly made short work of him in Super’s first arc, but Buu was also largely undamaged by the encounter. After this, Buu sat out several arcs in the series before being asked to join the Z Fighters in the tournament of power. He participated in an exhibition match against Basil from Universe 9, who he beat roundly after getting serious. It finally seemed like Buu was going to get a chance to fight alongside the Z Fighters in a major battle at long last. He even debuted a new, slimmed-down form for the occasion, which he used to spar with Goku.

But then Buu fell asleep, and was replaced by Frieza for the tournament. Having Frieza participate was awesome, but it’s hard not to be a little disappointed that Buu slept through the tournament after all the buildup. It’s as much of a gut-punch to fans as it was to the Z Fighters. But if we ask why Super’s writers chose to have Buu miss the Tournament of Power, the only feasible answer is that they felt his presence would rob Team 7 of underdog status and lower the overall stakes.

Indeed, even in retrospect, it’s hard to imagine all but Universe 11’s Top and Jiren beating Buu, and even then likely by ring out rather than damage. The reality is that Buu’s regeneration makes his battles inherently one-sided against all but the strongest warriors in the cosmos, and the writers usually want to save those conflicts for the Saiyan duo. This leaves Buu as the odd blob out.

Dragon Ball Super’s anime ended after the Tournament of Power, but the manga is still ongoing, and Buu got a huge lore drop during the Z Fighter’s conflict with the planet-consuming Moro. While it was already known that Good Buu came about as a result of Kid Buu absorbing Grand Supreme Kai, it was revealed in this arc that the latter’s consciousness still exists inside Good Buu, and is capable of taking over in various moments. When Grand Supreme Kai controls Buu, his power spikes even further, making him more than a match for Moro, and among the only beings immune to the latter’s powerful magic.

This duality makes Buu a far more complex and interesting character than he otherwise would’ve been, and creates potential for him to face other powerful cosmic threats. Of course, the fact that Goku almost always has to be the ultimate victor holds this back, but it’s worthwhile to see Buu finally utilized for more than a few brief fights or comic relief. That said, Buu has been noticeably absent in recent chapters of Super as well as in Dragon Ball Super: Broly, and it’s unknown as yet if he’ll appear in Dragon Ball Super: Super Hero.

It’s also worthwhile to talk about Buu’s role in GT, because he eventually fuses permanently with Uub to become Majuub. Majuub in practice really just seems to be Uub with a power boost, and his genesis feels like a de facto death for Buu. Because GT’s canonical status in the Dragon Ball universe is debatable, it’s not certain that Super or whatever comes next will head in the same direction. That said, Buu deserves better than to be merely subsumed into another character. Despite the problems he may give Akira Toriyama and his team due to his insanely broken abilities, he deserves to stick around and be expanded on. Hopefully, he’ll get more time to shine in the near future.