Home Entertainment Why does your iPhone Stop charging at 80 Percent 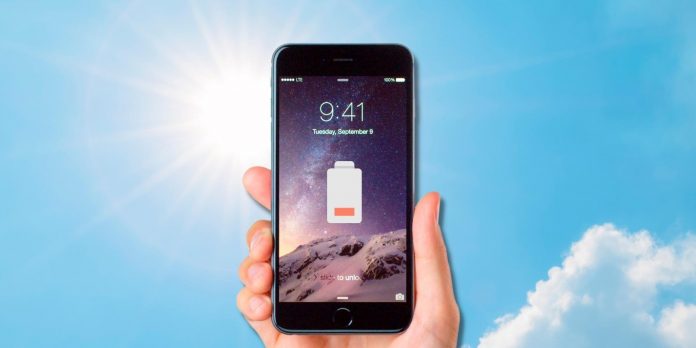 From time to time, users may notice that their iPhone is not charging above 80 percent. In other cases, users even reported that their iPhone stopped charging. Although this may cause users to panic, making them think that something is wrong with their iPhone, it may be due to the built-in function if the user did not interfere with the device. But why would Apple introduce a feature that reduces the iPhone’s charging speed, limits charging to a certain percentage, or reduces the maximum charging capacity?

Over the past few years, the smartphone industry has developed exponentially, especially in terms of the charging speed of these devices. In a progressive market where smartphones like the OnePlus 10R offer 150W charging speeds, the latest iPhone 13 Pro Max only supports 27W wired charging, which may put some users off. Although it may sound discouraging at first, there is a good reason for all this.

On the official support page, Apple is developing a feature called “Optimized Battery Charging”, which is available on both iPad and iPhone running iOS 13 and later. Essentially, this feature tracks users’ charging patterns and delays charging above 80 percent when predicting that the iPhone will be plugged into the adapter for an extended period of time. As a result, if users connect their iPhone to the network at normal times, there is a chance that the battery will not charge more than 80 percent at the usual pace. In addition, the iPhone also displays the time for which it will be fully charged. To get out of this situation, users should go to “Settings” > “Battery” > “Battery Status” > “Optimized Battery Charging” and turn it off.

High temperatures force the iPhone to limit charging at 80 percent

However, there is another situation when the iPhone or iPad stops charging at 80 percent. On the support page, Apple recommends using the iPhone and iPad at ambient temperatures from 32 to 95 degrees Fahrenheit. Suppose a user left an iPhone in the car on a hot sunny day. As the temperature inside the car rises, the internal temperature of the iPhone battery also rises. When this happens, iOS triggers a security mechanism that either stops charging completely or limits the battery capacity to 80 percent. When the iPhone’s temperature drops and returns to the operating limit, it will return to its standard power. Unfortunately, there is nothing the user can do except move to a cooler place.

Similarly, when charging the smartphone battery at excessively high speeds, the temperature rises above normal, which ultimately worsens the condition of the battery. So, to summarize: users who leave their iPhone or iPad connected to the network for a longer period, and users who use devices in a warm environment, may face a problem when their device stops charging at 80 percent. In general, users should avoid such scenarios as they negatively affect battery life. If users want their iPhone and iPad devices to last longer, they may not charge them fully to 100 percent or use them below 20 percent, especially if they plan to store the device.