Home Tech Why does the world see Elon Musk as a genius? 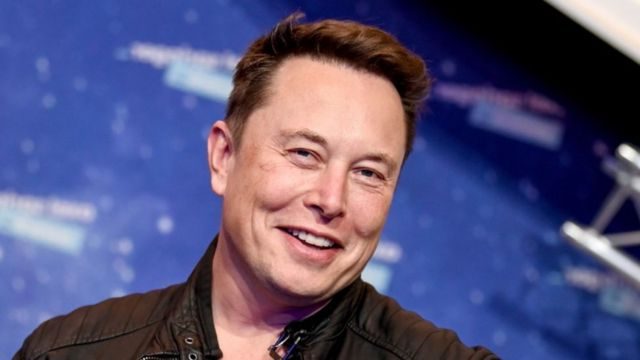 Billionaire businessman Elon Musk, whom many consider a “genius”, is a matter of curiosity with his challenging and successful life. He managed to become CEO of Tesla and SpaceX, founder of The Boring Company, co-founder of OpenAI and Neuralink. But he also focused on his long-term goal: colonizing Mars.

We took a look at his life, from being bullied at school to becoming a small-time entrepreneur and eventually the CEO of two large companies that seem to have come out of science fiction. The billionaire, who is one of the controversial names in the business world, currently has a fortune of 184 billion dollars. So what do we know more about him? Here is Musk’s life and career…

Early life of Elon Musk
The billionaire businessman was born on June 28, 1971 (age 50) in Pretoria, South Africa. Musk’s mother, Maye, is a Canadian professional dietitian and model. His father, Errol, is a South African born electromechanical engineer and pilot.

After his parents divorced in 1979, 9-year-old Elon Musk and his younger brother Kimbal moved to live with their father. However, after she became famous, her troubled relationship with her father came to light.

According to Business Insider, in 1983, when Musk was 12, he sold a simple game called “Blastar” to a computer magazine for $500. The billionaire describes it as “a trivial game … but better than Flappy Bird.” Still, Musk’s school days were not easy. One day at school, he was beaten to death by a group and thrown from the stairs. He was eventually hospitalized.

After graduating from high school, the famous CEO moved to Canada with his mother Maye, sister Tosca, and brother Kimbal. He studied for two years at Queen’s University in Ontario. However, he completed his education at the University of Pennsylvania, earning degrees in physics and economics.

While studying at the University of Pennsylvania, he rented a 10-bedroom fraternity house with a classmate and turned it into a nightclub. This was his first attempt at entrepreneurship.

Elon Musk has officially dropped out of his doctorate and entered the business world
After graduating, he went to Stanford University to pursue a doctorate, but did not complete school. After spending only two days in California, he postponed his admission and did not return to finish his education, he went into business.

Elon Musk founded Zip2 (software company) with his brother Kimbal. A group of Silicon Valley investors helped fund the company, which provides city travel guides to newspapers like The New York Times and the Chicago Tribune. While Zip2 was having its good days, Musk was literally living in the office. Compaq then bought Zip2 in a deal worth $341 million. Thus, it earned Musk $ 22 million.

Later, he founded the online banking company X.com in 1999 with the $10 million from the sale of Zip2. About a year later, X.com merged with Peter Thiel’s financial startup Confinity to form PayPal. The South African businessman was initially chosen as the CEO of PayPal, but it did not last long.

After disagreements between the co-founders, Musk went to Australia for a vacation. This escalated things, and PayPal’s board fired him. But things still worked out for Musk. eBay acquired PayPal in late 2002.

As a shareholder of PayPal, he made $165 million out of the $1.5 billion paid by eBay. When Confinity and X.com merged, Musk, who resisted for X.com instead of PayPal as the product name, bought this name from eBay years later.

Second milestone: SpaceX and Tesla companies
In fact, even before the PayPal sale, Elon Musk dreamed of a plan to send mice or plants to Mars. In early 2002, he founded Space Exploration Technologies (SpaceX) with $100 million from the PayPal sale. Musk’s goal was to make space flight 10 times cheaper.

He named one of the first spacecraft “Dragon”. SpaceX’s long-term goal is to make colonizing Mars affordable. In addition, Musk took part in the founding of Tesla Motors in 2003, whose main task is to produce electric cars.

He made his first investment of $70 million in Tesla, founded by Martin Eberhard. Here he played an active role and helped develop his first car, the Roadster. The all-electric Roadster debuted in 2006.

The famous CEO came up with the idea of ​​a Solar energy company called SolarCity. He gave his cousins ​​Peter and Lyndon Rive the working capital to start SolarCity in 2006. In late 2016, Tesla acquired SolarCity in a $2.6 billion deal.

However, the businessman who made serious investments between SpaceX, Tesla and SolarCity he was going bankrupt. He describes 2008 as the worst year of his life. Tesla continued to lose money and SpaceX was having trouble launching its Falcon 1 rocket. By 2009, he was now living on personal loans.

He received two good news in late 2008; SpaceX signed a $1.5 billion contract with NASA to supply space, and Tesla finally found more outside investors. By June 2010, Tesla had a successful IPO. The company raised $226 million in an IPO, making it the first auto company to go public since Ford in 1956.

Similarly, he founded another company in 2016. The Boring Company, whose mission is to dig a network of tunnels under and around cities for high-speed, traffic-free driving.

In late 2015, Musk founded OpenAI, a nonprofit dedicated to researching artificial intelligence and ensuring it doesn’t destroy humanity. He founded another company in 2017; Neuralink, which is trying to produce devices that can be implanted in the human brain.

In November 2019, it launched a new Tesla vehicle; Cybertruck, Tesla’s first and highly anticipated pickup truck. SpaceX went through two major milestones in 2020. First, in May, SpaceX partnered with NASA to complete the first astronaut mission to space. Second, in November, SpaceX completed the first “operational” human spaceflight, sending four astronauts to the International Space Station for a six-month stay.

Finally, Tesla introduced its humanoid robot Tesla Bot on August 20, 2021. Tesla Bot is designed to do everyday tasks that people don’t want to do. The company plans to complete the first prototype next year.

Is a new Halo game coming? Hint in the posting