Home Tech Why does Mass Effect not include the Pinnacle Station? 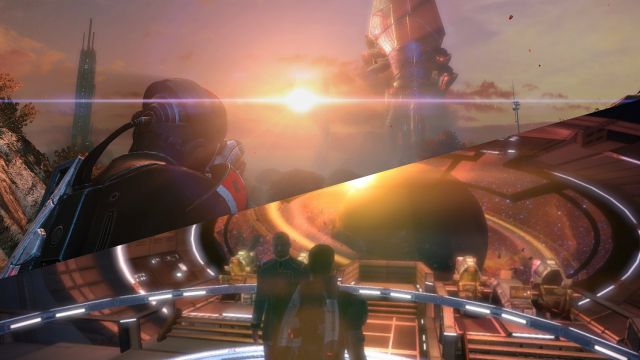 Mass Effect Legendary Edition includes more than 40 DLC, although the first Mass Effect will not feature one of the two it received. BioWare explains why.

Mass Effect Legendary Edition will include more than 40 additional content throughout the remastered trilogy. However, the first installment will see the absence of the Pinnacle Station, one of the available DLCs. BioWare has recently explained that it is due to the loss of the original code, a problem that has already taken it away from the PS3 port.

The Pinnacle Station code, a quest without a happy ending

As revealed by Legendary Edition director Mac Walters, the search for the code has been a “roller coaster of emotions” for the team. They contacted everyone who worked on the DLC, which led them to the studio that was in charge of its development: Demiurge. They sent them the backup copies they had, but once they got to BioWare they saw that all the data was corrupted.

Given this scenario, what would be the most logical solution? Walters explains that in order to see Pinnacle Station again, it would have to be a remake made from scratch. “It would take us another six months of work just to do this with the team we have,” he confesses to Gameinformer. The director assures that “he would love to be able to do it” due to the circumstances of the package, which is the “place where everything the team has worked on is located” with a single player character.

During our preview we explain the improvements they will receive, especially the first one. The changes of the origin of the Mass Effect universe reach the playable plane, with various adjustments that try to polish rough edges already seen more than 10 years ago.

Have you missed the latest news around the remastering? You should know that it will arrive on May 14 to PS4, Xbox One and PC, in addition to PS5 and Xbox Series X | S thanks to the backward compatibility service.