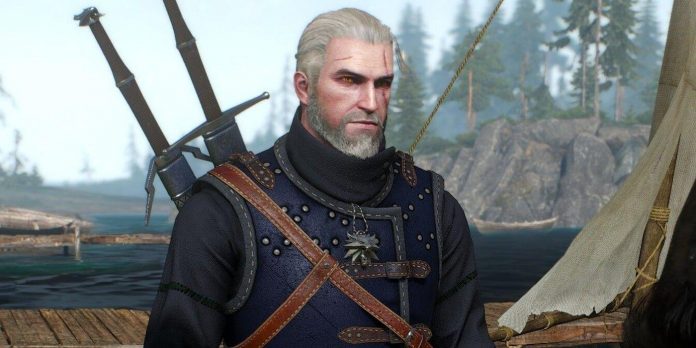 Geralt, like most other witchers, carries two swords in The Witcher 3, but there is a practical explanation for this design choice. Some may not know how different The Witcher 3 game is from the show, and there is very little explanation of the two-sword design in both. As monster hunters, witchers need special equipment to destroy various magical and mundane creatures that have invaded the earth. Swords are an extension of this, both blades are made of a different material, one of silver and the other of steel.

The reason for steel and silver blades is that each of them is better suited for killing certain targets. In the games, the steel blade is completely designed to destroy the witcher’s ordinary, non-magical enemies, such as various human enemies they may encounter. The Silver Blade, a sword from The Witcher 3, but not shown in the Netflix show, is especially suitable for destroying monsters, since silver has antimagic properties that are effective against most monsters whose origin is magical in nature. In the Witcher 3, this is expressed in the fact that enemies resist damage received from using the wrong type of sword. For this reason, most witchers carry two blades, but there are exceptions.

Although witchers like Geralt always carried two blades, their reasoning changed over time and between mediums. Silver has not always been the antithesis of all monsters, and the appearance of a steel blade is a recent change. As Geralt often has to do in order to survive his trials, all witchers adapt to their circumstances and change over time.

Traditionally, in the books, witchers wore two blades, one meteorite and one silver. This was due to how the vulnerability of monsters worked: some creatures were only vulnerable to one or the other. This has been simplified for games by replacing the meteor sword with a regular steel blade. Since any blade was lethal to humans and non-magical creatures, there was no need to carry a steel blade in the books. However, a meteorite is not a common material even in books. It would be wise to switch to a more common material, such as steel, which is easy to sell in cities to meet the need for currency in the game. In addition, it makes it easier to understand the crafting system in the Witcher 3, creating a need for common crafting materials such as ore and iron so that Geralt can easily create steel blades. Otherwise, creating a meteor blade would probably be a more difficult task.

Although most witchers carry both blades, there are a few notable exceptions to this rule. Witchers from the cat and snake schools tend to avoid silver blades as their contracts have shifted towards hunting humans as assassins. Although this did not prevent them from taking contracts with monsters, those who specialized in contracts with humans did not require a silver blade and therefore did not have one. Given that the Witcher 4 introduces a new Lynx school, it’s possible that players will see more witchers armed with the same type of sword.

“The Witcher 3” is a reliable adaptation of the source material, even if not everything was taken directly and some changes like this were made. The iconic design of the Witchers with two swords is still present, albeit in a form that better matches the game systems. It’s hard to imagine Geralt without his two swords, and Witcher 3 would definitely be confused if he missed them.

Ana De Armas Negotiates To Star In A Spin-off Of “John...