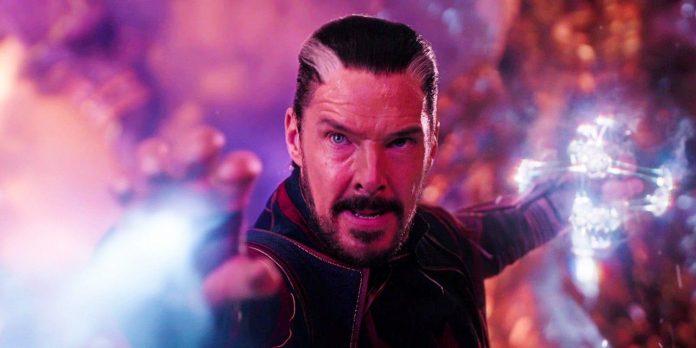 A Marvel Studios producer explains why the variants of Doctor Strange and the Scarlet Witch look the same in Doctor Strange: The Multiverse of Madness. The film, directed by Sam Raimi, continues the exploration of the MCU multiverse. This meant a continuation of what was laid down in the series “Loki” for Disney+, including the idea of options.
In Doctor Strange in the Multiverse of Madness, Doctor Strange is forced to take America Chavez under his wing after learning that she is being hunted by Wanda Maximoff because of her abilities. This sends him on a journey through the vast multiverse, where he eventually meets some of his variants. The same thing happens to the Scarlet Witch when she tries to find a universe where she can be with her sons, Tommy and Billy. In Doctor Strange: The Multiverse of Madness, all variants of sorcerers are played by Cumberbatch and Olsen, unlike Loki, whose variants come in different forms.
Related: Why Doctor Strange’s Variants Ignore the MCU’s 1 Multiverse Trick
When asked about this in his recent appearance on the Empire Special podcast (via The Direct), producer Richie Palmer explained that it comes down to a specific decision about making a movie. According to the director of Doctor Strange in the Multiverse of Madness, they wanted to emphasize the acting skills of Cumberbatch and Olsen, so they asked them to play all their variants. Read his full quote below:
“I think the truth is that we had a two-hour movie to tell the story, and we have Benedict Cumberbatch and Elizabeth Olsen, literally two great actors of our time, not to mention superhero movies, and we weren’t going to waste them. I will say that if we go to any of these universes, such as the Paint Universe, I think that as you get further and further away from … should we say Sacred Timeline? 616, our base MCU universe, I think even the most enduring characters like Steve Rogers might not look like Chris Evans. the main universe. But I think it depends on the character, it depends on the actor, it depends, frankly, on the environment in which we tell the story. So, all of the above, but I like this question.”
Palmer’s frankness is refreshing. Instead of giving a canonical answer to why Cumberbatch and Olsen are playing their variants in Doctor Strange in the Multiverse of Madness, he says it’s more of a creative decision. This frees Marvel Studios from any narrative implications of his explanation. For what it’s worth, the franchise still hasn’t laid out specifics regarding the options and there may never be any specific rules regarding the look and forms they take. So it’s better to leave it up in the air for now, which gives Marvel Studios more leeway in terms of how they want to use them in the future. As Palmer said, for actors like Chris Evans and Robert Downey Jr., who have already left the franchise, it is much easier to attract other stars to perform their versions in case Steve Rogers and Tony Stark from other universes are needed in their narrative.
Aside from the convenience factor, it makes more sense to see Cumberbatch and Olsen portray variants of Doctor Strange and the Scarlet Witch. In this way, it will be easier for fans to recognize the differences between them, which will lead to a better emotional impact of their respective journeys. However, aside from “Doctor Strange in the multiverse of Madness,” it’s curious if Marvel Studios will be open to presenting variants of their characters played by other actors, or if they have other characters in non-human form, such as Loki the Alligator.

What kind of Marvel comics supervillain would you be based on...