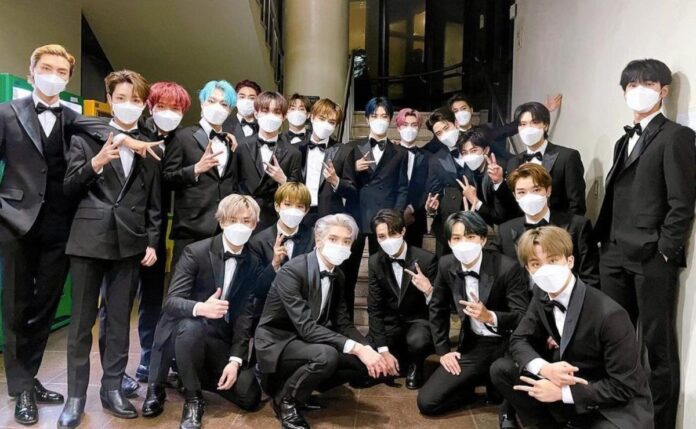 NCT, how many subunits does it have and how do they work? The K-pop group has 23 members, but they don’t all belong to the same division and have different styles.

The SM agency started this project since 2016 under the title of Neo Culture Technology, from the beginning it was explained that there would not be a fixed number of members and that they would rotate between the subunits and new idols would join the entire set. There are currently 23 members, but new trainees are expected to debut in 2021.

NCT is divided into U, 127, Dream, WayV and projects 2018 and 2020. The idols come from countries like China, Japan, Thailand, Canada and the United States. The 23 boys have combined their talent in rap, singing and dancing to form different concepts for each subgroup, characterizing themselves in their style and music, but they have the same fandom name NCTzen, WayV defines it as WayZeNi and they have a different lightstick.

The first three sub-units made their debut in 2016, in the following order: NCT U, NCT 127 and NCT Dream, in 2019 the Chinese division debuted. Recently, the CEO of SM reported that for next year there will be several releases that include idols from other countries, the beginning of the project sparked rumors that there will be 40 boys within the K-pop group.

THIS IS HOW THE NCT SUBUNITIES AND ITS MEMBERS WORK

If you are a new NCTzen or want to know more about each subunit and differences to the members, concept and its rotating function, we explain each division of this Korean project.

They were the first to debut, originally it was made up of:

From the beginning it has always functioned as a rotating division, that is, it is not fixed and does not function as a separate group, some members like Jeno, Lucas, Yang Yang and Sungchan debuted in 2020 with “Resonance”. It is distinguished by its urban rap style. Hip hop is his strong suit.

It could be considered the subunit of the oldest members. His style is urban, hip hop and electro pop. It’s conformed by:

Although they are a fixed group, it worked with rotating members, that is, when a member of NCT Dream graduated when he was of legal age, he could belong to this subunit, like Haechan and Mark, who were part of the younger members.

They were the third sub-unit to debut, they are the smallest of all. His concept was cute, youthful and inspired that we can all meet our goals. Previously, when they were 20 years old, they graduated and had to be transferred to another division; However, as they no longer had teenage members, SM turned them into a fixed group, but with the concept of NCT U, Mark and Haechan must join their ranks, leaving NCT 127.

It is made up of: