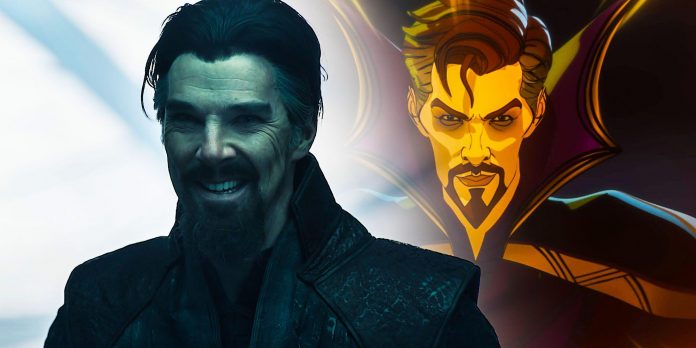 While the first Doctor Strange movie already dealt with the concept of the multiverse, it wasn’t until after the Loki series that the MCU began exploring the idea of multiple versions of the same character. In such stories as “What If…?”, “Spider-Man: No Home” and “Doctor Strange 2”, alternative versions of MCU heroes are presented, and, curiously, all the variants of Doctor Strange shown were either evil or committed some ethically questionable acts.

Related: Explanation of Doctor Strange’s Ending in the Multiverse of Madness (in detail)

What if…? Doctor Strange caused the end of his own universe, Defender Strange was ready to kill America Chavez for her powers, Strange from Earth-838 caused the deaths of trillions of people during the invasion, and Strange, corrupted by Darkhold, hunted Strange variants through the multiverse. For a character who is one of the MCU’s most important heroes, it’s curious that all the Weirdos crossed the line to the point where they became outright villains. However, given Strange’s personality and the situations he often finds himself in, such a number of evil Doctor Strange really makes sense. Dr. Strange has to deal with the pressure of an endless mission to protect reality itself, as well as with all sorts of sources of absolute power. The Time Stone, for example, caused the fall of the Strange Strange What If…?, and the Darkhold did the same as the Sinister Strange. Not only that, Stephen Strange also has his flaws, such as his narcissism and self-confidence, and they can be amplified in the wrong circumstances to make him go all out.

Both in Marvel comics and in the MCU, Doctor Strange is constantly dealing with threats that could mean the end of life as people know it. The scene after the credits of Doctor Strange 2, for example, shows that he now needs to take care of the invasion he apparently caused. Unlike other Avengers like Iron Man or Captain America, who often wait for the call of duty, Doctor Strange can never rest. That’s why it makes sense, both in the universe and from a narrative perspective, for many versions of Stephen Strange to turn evil.

The Scarlet Witch may have died as a result of her dastardly actions, but it is Doctor Strange who always risks crossing the moral line. Stephen Strange is an imperfect man, like many others in the MCU, but the difference is that he regularly deals with incredible power. It remains to be seen whether the brief use of the Darkhold and the awakening of the third eye in Doctor Strange in the Multiverse of Madness can lead to the fact that Earth-616 Strange will also go down the wrong path.

Iris Mittenaere for a magnificent photoshoot!