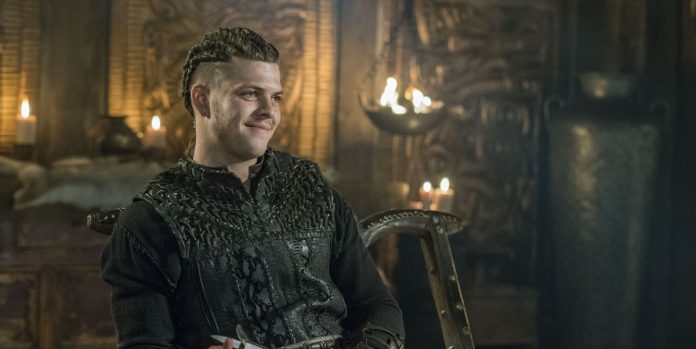 Vikings, came to an end on Amazon Prime Video with an immense amount of unexpected deaths by fans of the series, which left everyone devastated.

With a warlike storyline, each of the characters earned a huge fan base worldwide due to their stories and the quality with which they were portrayed in Vikings.

One of the characters that attracted a lot of attention in Vikings was the ruthless Ivar the Boneless, played by Alex Hogh Andersen, who arrived in season two and quickly became one of the most relentless characters in the historical drama.

In Vikings, Ivar the Boneless caught a lot of fans’ attention because of the color of his eyes. A blue with a unique and distinctive glow that added a layer of realism to the character.

As all Vikings fans know, Ivar was one of the most ruthless characters the series had with his ongoing thirst for war. The cruel and explosive characteristic of him can be manifested in each one of his heinous murders and the tortures he used to subject his victims to.

In Vikings, Ivar the Boneless was also known for his physical deficiencies. He was born with osteogenesis imperfecta, also known as brittle bone disease, a genetic issue characterized by the easy breaking of his bones, a reason that kept him crippled and excluded from society.

Ivar’s blue eyes were one of the characteristics of the character that most attracted the attention of Vikings fans. In addition to his deep gaze, something strange happened to Ivar in his eyes every time danger loomed.

It turns out that the whites of Ivar’s eyes (the sclera) turned an intense and shiny blue. Ivar’s brother, Hvitserk, reveals that when this change occurs, as it happened before the battle in Vikings season 6, it means that Ivar is in great danger of being injured.