Home Celebrity Why do Ivar the Boneless’s eyes turn blue 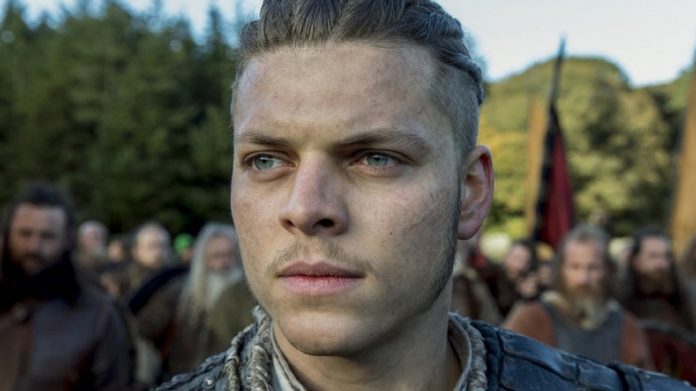 Vikings’ character Ivar the Boneless (Alex Høgh Andersen) has deep blue eyes that turn even bluer when in danger, a prominent trait with origins in the real world.

Inspired by the sagas of legendary Norse hero Ragnar Lothbrok, the Vikings television series debuted in 2013 to praise from both fans and critics.

Ragnar and Aslaug’s youngest son, Ivar Ragnarsson was introduced in Season 2 and becomes one of the most ruthless characters on the show. Ivar Ragnarsson’s blue eyes often have a unique sparkle that adds a layer of realism to the character.

More than a common genetic trait of Scandinavian warriors, blue eyes are a recurring theme in Vikings. However, there is something very different in Ivar Ragnarsson’s eyes.

Ivar’s brother Hvitserk (Marco Ilsø) reveals that when this change occurs, as it happens before the battle in Vikings season 6, it means that Ivar is in great danger of getting hurt.

Blue sclera is a symptom of Ivar Ragnarsson’s Osteogenesis Imperfecta, Weak Bones, and it is established that the bluer his eyes are, the greater the risk of fracturing the bones.

Blue sclera is not a symptom of all people with Osteogenesis Imperfecta, but it is a realistic, as well as dramatic, way of representing the genetic bone disorder suffered by Ivar the Boneless.

This would be a clear warning to any rational character seeking to preserve life, but Vikings’ Ivar Ragnarsson does not allow anything to come between him and the fame he so desires, not even death.

Kylie Jenner denies any lawsuit about “Rise and Shine”!