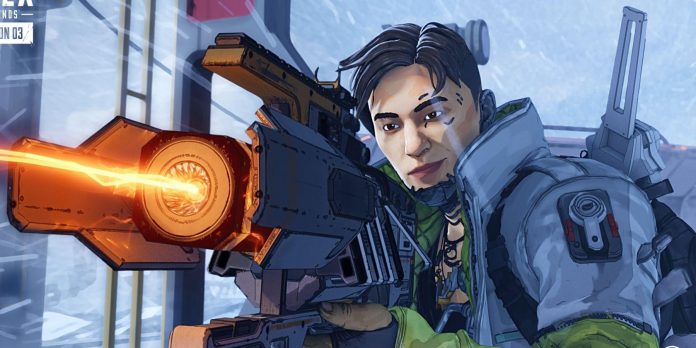 As of the fourteenth season of Apex Legends, Hunted, there are 28 weapons in the game, divided into seven classes, each of which is used in a certain way. For example, assault rifles are good generalists that provide constant damage and a good rate of fire from any distance. On the contrary, submachine guns, although not as versatile as assault rifles, offer the highest rate of fire among all classes of weapons.

Each weapon in Apex Legends plays a role in the meta of weapons. While one weapon stands out from the rest and the other does not, all weapons receive their share of praise and neglect. The Mozambique shotgun is notorious for its low damage and rate of fire, and the R-301 carbine is a good universal assault rifle that both beginners and veterans will appreciate. However, the reward for the most unloved weapon of Apex Legends undoubtedly goes to the Charge Rifle.

Introduced in the third season of Apex Legends, Meltdown, Charge Rifle is an energy-powered sniper rifle that shoots a direct laser over a long distance. The pistol consists of two parts of the firing mechanism. The first part consists of an initial build-up, when the laser deals continuous 15 ticks of damage, with each tick dealing three damage. As soon as the laser is charged, the last shot deals 45 points of damage to the target. While 45 points of damage doesn’t seem like much for a sniper rifle, the purpose of a charging rifle is to keep the laser on target as long as possible for maximum damage.

What distinguishes the Apex Legends charging rifle from other sniper rifles is its scanning nature. The charging rifle is the only weapon in Apex Legends with hit scanning, which means it instantly hits any target. Players don’t need to consider bullet drop or distance, unlike other weapons in the game, which makes it extremely easy to target and damage opponents at any distance.

Unfair advantage at a distance

The nature of the Charge Rifle as a hit—scanning weapon is why most Apex Legends players don’t like it. Players who have to look out of hiding to fight with a charging rifle are almost instantly met with a laser beam that damages their shields and health. Since a charging rifle is very easy to shoot, players using this weapon are more than likely to deal more damage to opponents using other weapons that are harder to use optimally. Even trying to dodge a charging rifle can cause players to take a lot of damage, since all the owners have to do is keep the crosshair over the fleeing players. The charging rifle can also easily destroy the supplies of an enemy unit and instantly charge the owner’s Evo Shield.

There have been attempts to control the power of the Charge Rifle. Respawn Entertainment has already reduced the distance at which weapon damage begins to fall, and also reduced the rate of fire and the size of the Charge Rifle magazine. To further complicate the task for Charge Rifle users, the amount of ammunition needed to fire the weapon has increased by one shot. However, despite these changes, Charge Rifle remains the undisputed king when it comes to the difficulty of Apex Legends for other players at a distance.

Fortunately, the dynamic nature of Apex Legends gameplay means that sniper rifles (including Charge Rifle) are not used as often as other weapon classes when it comes to conventional trios, duos or low-ranking modes. But as players get to higher-rated matches, Apex Legends begins to run less from fight to fight, and more to hold a place in the ring. This leads to longer-range battles when the charging rifle begins to raise its oppressive head. Players looking to cover long distances should be wary of the charging rifle, because in its current form, nothing can beat it when it comes to destroying an opponent from afar.

The 90-day Groom of the Actors with the worst content on...