Home Entertainment Why Dino Crisis can be released on PS Plus 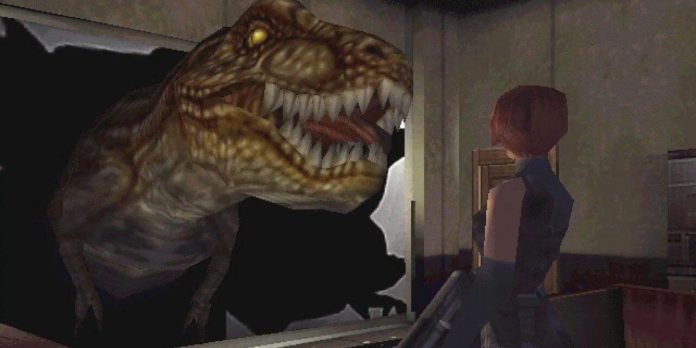 After a long wait, Sony has finally updated the PS Plus, turning it into a three-tier service. Although each level offers players different features, the most expensive of them, PS Plus Premium, allows players to return to their favorite games of the PS1 and PS2 era. Of course, since its launch, such cult games as Resident Evil, Ape Escape and many others have been presented in the Classics Catalog. However, PS Plus Premium still has so much to offer, including another Capcom franchise called Dino Crisis.

For the uninitiated, Dino Crisis is a survival horror game born out of the popularity of Resident Evil in the late 90s. However, instead of zombies and monsters, Dino Crisis pits players against wild dinosaurs transported to the present. Although Dino Crisis has not achieved the same success as Resident Evil, the franchise has attracted a large number of fans, which makes it very likely to be added to the PS Plus Premium Classics catalog.

Is Dino Crisis popular enough to be included in PS Plus Premium?

As mentioned earlier, Dino Crisis did not get the same level of popularity as Resident Evil, despite the fact that they had the same creator. Despite this, Dino Crisis has become a full-fledged franchise, spawning three main parts and a couple of additional games. Unfortunately, after the low reception received by Dino Crisis 3 in 2003, the franchise effectively ended, and not a single game was released for almost two decades.

However, although Capcom does not plan to release a new Dino Crisis game in the near future, especially since the studio is working on a new dinosaur-oriented Exoprimal game, player interest in the franchise revived in 2019. It’s worth remembering that 2019 saw the release of Resident Evil 2 Remake, which sparked a discussion about which Capcom game should be remade next. Since Dino Crisis has been on hiatus for a long time, fans of Resident Evil and Dino Crisis have expressed interest in seeing a full-fledged remake of the first game.

As it turned out, Capcom noticed a renewed interest in Dino Crisis, and the developer said on Twitter that he was open to reviving the franchise if a sufficient number of fans demanded it. Unfortunately, nothing came out of Capcom’s statement, given that the studio never released or even announced a remake of Dino Crisis. But of course, while fan demands may not guarantee a full-fledged remake, the fact that people are still talking about Dino Crisis almost two decades later is a sign that it’s still popular enough to at least be re-released via PS Plus Premium.

More recently, another image was posted on Twitter, which shows a screenshot taken from PS Plus Premium Italy, with a list of games that will be released on the service. The screenshot showed that Dino Crisis is one of the proposed games that will appear on the service along with Ridge Racer 2, Soulcalibur: Broken Destiny, No Heroes Allowed! and the LocoRoco Midnight Carnival. Unfortunately, the Italian PS Plus Premium page has since updated its post, removing Dino Crisis, Ridge Racer 2 and SoulCalibur: Broken Destiny.

Of course, it is important to remember that both rumors should be taken with a high degree of skepticism, especially since it is quite simple to create these alleged screenshots. Although the current rumors about Dino Crisis may not be reliable enough to guarantee the possibility of a franchise release on PS Plus, the series still has a solid fan base. Although a remake of the game may be a pipe dream, at the moment the appearance of Dino Crisis on PS Plus Premium is quite likely, especially since the main goal of the Classics Catalog is to allow players to return to their favorite retro games.