Home Entertainment Why did the Witcher reveal the identity of the White Flame so... 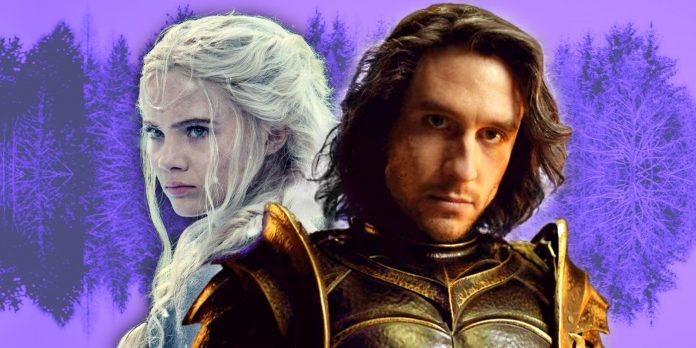 Emgyr var Emreis, the White Flame, is the main antagonist of The Witcher, but the disclosure of his identity in the second season is dramatically different from the stories told in the books. A ruthless and treacherous emperor, Emgyr rules Nilfgaard with an iron hand, and in the original novels his thirst to expand his empire is the spark that ignites two wars. On the eve of the third season, The Witcher reveals the main turn of events, which is that Emgyr is none other than Ciri’s father. The original story, however, does not reveal this fact until the finale of the final novel.

Written by Andrzej Sapkowski, The Witcher is a voluminous read. Starting with a short story published in 1986 in the Polish art magazine Fantastyka, The Witcher turned into a collection of 15 short stories, the main saga of six novels and the seventh separate book. Telling the story of Geralt of Rivia and his eccentric collection of companions, The Witcher has a cult following in Poland. To another audience, these stories are best known for a series of video games created by CD Projekt Red and are a continuation of the books.

This is probably the main reason why the Netflix show revealed the true identity of the White Flame Witcher, formerly known as Dani, relatively early in its history. Since both novels and games have already proven themselves well, it would be useless to try to make this twist a surprise. Anyone who is familiar with the characters and setting of The Witcher from games or books already knows who Emgyr Var Emreis really is, especially considering how easily information is distributed on the Internet. Instead of trying to surprise the audience, the show can completely shift the focus to slow and painful dramatic irony, as viewers wait for the characters to learn information they already know. This contributes to a long-awaited departure from shows like Game of Thrones, which focus on trying to outsmart and surprise their audience through meaningful storytelling.

The TV adaptation of The Witcher has caused several controversies among viewers due to the fact that it deviates from the story told in the books. Some complain that the TV story is too different from the original, while others still praise it for telling an exciting story, even with its many deviations. Some plot elements in the series are completely new, only partially based on the original storylines. One example is Yennefer’s magic, over which she loses control in the second season, where the book’s storyline instead shows how she resists using magic for fear of being tracked.

As Emhyr’s revelation shows, the TV adaptation of The Witcher is an apple that has fallen far from the apple tree, but this is not necessarily a bad thing. There is nothing new in the fact that the adaptation makes changes to the original either to better match the environment or to shift the focus. A good example is Jurassic Park. In the film, Dr. Grant does not like children, although in the book he liked their company. Similarly, The Lord of the Rings made several changes, including eliminating elements of the story, such as Tom Bombadil and combing the Shire. Both are still highly respected despite these changes. It seems that Netflix’s “The Witcher” follows these examples.

Stories that try too hard to follow the original can sometimes get in the way of themselves. Writing is a completely different medium based on imagination, which means that no two readers will perceive the story in exactly the same way. As a result, even the best film adaptations of books will inevitably leave some viewers dissatisfied. Add to this the fact that the main elements of the story are well known to a significant part of the audience, and it would be wiser to slightly change the story than to try to fulfill the impossible task of matching your favorite original. This can strengthen the adaptation, allowing it to become a separate story, different from the original. Thanks to changes such as revealing the true identity of the White Flame, Netflix’s The Witcher is now free to tell its own story, finding new ways to surprise both old and new audiences.