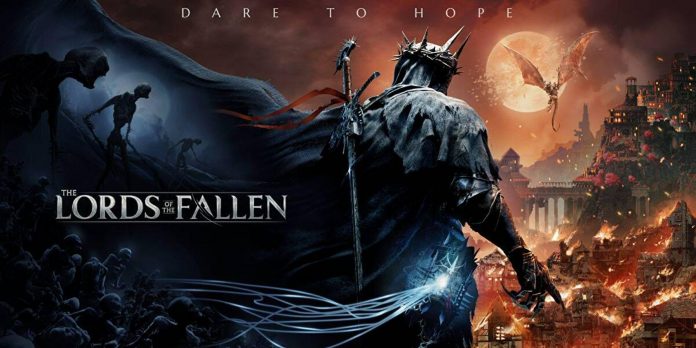 Lords of the Fallen is a game that divided opinions when it was originally released back in 2014, and despite the fact that a sequel was announced in the same year, the path to its development was clearly littered with difficulties. After entering into a partnership with Defiant Studios in 2018, CI Games announced in 2020 that it was replacing Defiant with one of its subsidiaries, Hexworks, and little has been revealed since then until this brand new trailer. These shots show that the sequel, which is now called “Lords of the Fallen”, is alive and well. The new name of the game indicates that this may be a kind of reboot, but since the gameplay footage has not yet been revealed and limited details are known, much remains for speculation.

Lords of the Fallen Helped Launch the Soulslike direction

When Lords of the Fallen was released in 2014, Soulslikes weren’t anything special. Despite the success of Dark Souls, many developers still considered creating games based on pure complexity too much of a risk. The developers of CI Games and Deck 13 Interactive clearly did not understand the notes, creating a game that very much wore the inspiration of Dark Souls on its sleeve, almost as a badge of honor, unconsciously helping to give rise to the subgenre: Soulslike. .

Paying more attention to traditional storytelling than ever in the Dark Souls title, Lords of the Fallen has attempted to weave an intricate narrative through its Souls-like levels and boss battles. Despite these grand ambitions, uninteresting characters and a largely forgotten plot meant that the game had to rely mainly on its minute-by-minute gameplay and combat to shine. While it was far from terrible, in the end the fight in Lords of the Fallen was slow, laborious and clearly clumsy in some parts, which created a rather incoherent and unbalanced experience.

Despite these shortcomings, the game was still fun and sold moderately well-well enough that a sequel was announced later that year before the game fell into the yawning abyss better known as the hell of game development. Finally, eight years after the announcement, The Lords of the Fallen seems to be nearing completion, despite the fact that the trailer does not specify a release window.

What we know about Lords of the Fallen

Despite the fact that the trailer gives gamers an idea of the world in the style of Elden Ring, details about the game itself are limited at the moment. The sequel takes place 1000 years after the events of the original game and will be about five times larger in size and scope. The game will also have full support for online co-op, and combat is described as “fast, smooth and challenging.” This indicates a design change compared to the slow and difficult combat in the original game, and it certainly bodes well. Magic will again be available for both attack and defense.

The game will only be released on the current generation, with no sign of a PS4 or Xbox One release. This indicates that the developer is striving to use the capabilities of the current generation consoles and does not want to be constrained by the need to service the latest generation consoles and the limitations caused by their hardware capabilities. The original Lords of the Fallen was released very early in the PS4 lifecycle, and this led to its graphics becoming one of the strongest elements of the game, and the cut scenes in particular were visually striking at the time. Without a doubt, the Hexworks developer will want The Lords of the Fallen to reach the same heights, and by focusing exclusively on the current generation, he gave himself the best chance to succeed in visual terms.

The trailer, which is fully voiced, talks about the time when man overthrew the overlord in the age of tyranny, but warns that the gods do not fall forever. It starts out as a very typical Souls clone in terms of its tone and plot, but then gets challenged when the sounds of metal music start playing and it descends into a scene very reminiscent of the movie “Thor: Ragnarok”. when the nameless protagonist starts fighting off hordes of monsters while the track Mother by Danzig is playing loudly in the background.

This change of direction is certainly unexpected, but it may pay dividends and may explain why the number “2” was removed from the name of the game.