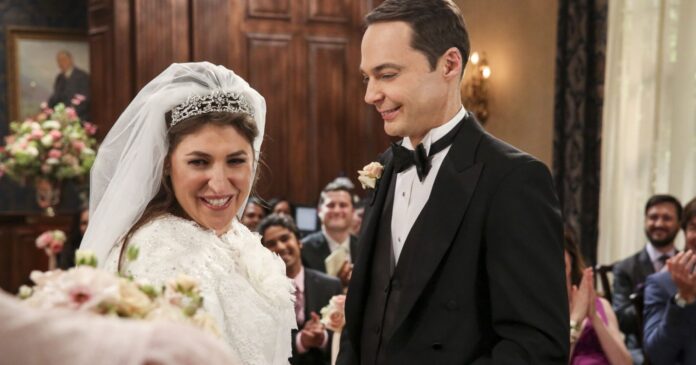 The fascinating object makes an appearance in the final season, in an episode called The Wedding Gift Wormhole. The episode, which aired in September 2018, saw Leonard (played by Johnny Galecki) and Penny Hofstadter (Kaley Cuoco) give a strange wedding gift.

A crystal wand is presented to Sheldon Cooper (Jim Parsons) and Amy Farrah Fowler (Mayim Bialik), who have also recently married. For her part, Amy is writing thank you letters to her wedding guests after receiving many gifts and the couple can’t stop thinking about the gift from Leonard and Penny.

Unable to bear the suspense anymore, Sheldon visits Penny and Leonard to subtly ask them about the mysterious gift. Similarly, Leonard later taunts Sheldon by saying that he will never figure it out, a thought that pleases him.

In turn, Amy and Sheldon seem to think that the present is a clue to some kind of scavenger hunt, but it’s actually a gift that Penny gave back after receiving it from Howard (Simon Helberg) and Bernadette (Melissa Rauch).

The plot of The Big Bang Theory later thickens as it is revealed that the crystal chakra wand was given to Howard and Bernadette by Raj (Kunal Nayyar) as a wedding gift. So the couple bring their gift to Bert (Brian Posehn), a geologist, who tells them that the object is made of quartz and Sheldon investigates the material.

Interestingly a chakra wand is a real object used during spiritual rituals and certain therapies, the object is also known as a healing wand and is supposed to channel the magical energy of the person using it.

The chakra wand is forgotten when Sheldon and Amy leave the cafeteria with their new favorite wedding gift, an empty locket and Sheldon says it is because they must fill it with happy memories. Eventually Penny and Leonard had left a message with the chakra wand that read: