Home Entertainment Why did not it happen?! Twisted Metal star could be a guest... 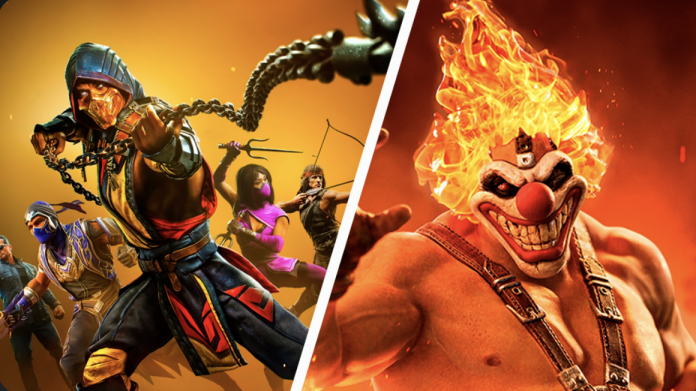 The crazy nineties
It seems that the nineties were times when games wanted to separate themselves from their childish image by giving us more mature and somewhat violent titles. Let’s remember that in this decade we saw the arrival of games like Mortal Kombat and Twisted Metal, which had high doses of violence and had a large number of followers. 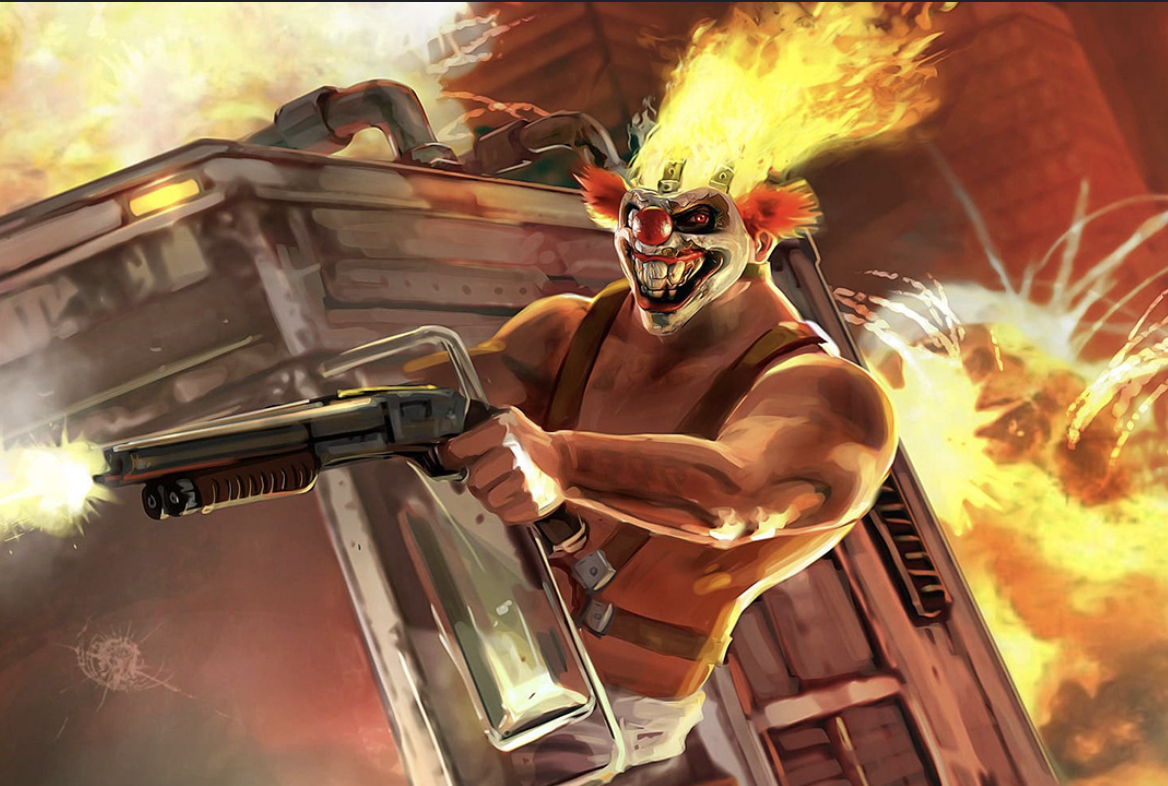 While Mortal Kombat continues to remain popular, with eleven installments so far and a twelfth supposedly on the way, we can’t say the same for Twisted Metal. The vehicular combat saga hasn’t seen a new game since 2012, but has recently come back to life thanks to a new television series.

In recent days Twisted Metal has become a topic of conversation as it is planned to adapt its games into a television series. Not much is known about her other than that PlayStation will work very closely with the production and that it will star Anthony Mackie, the new Captain America.

Since Twisted Metal is in vogue, Ed Boon, one of the creators of Mortal Kombat decided to jump on the bandwagon. Boon shared a photo from 12 years ago of him dating David Jaffe, creator of the vehicular saga. Also, he commented that they once planned to make an arcade game, from the Jaffe saga, for the late Midway Games. 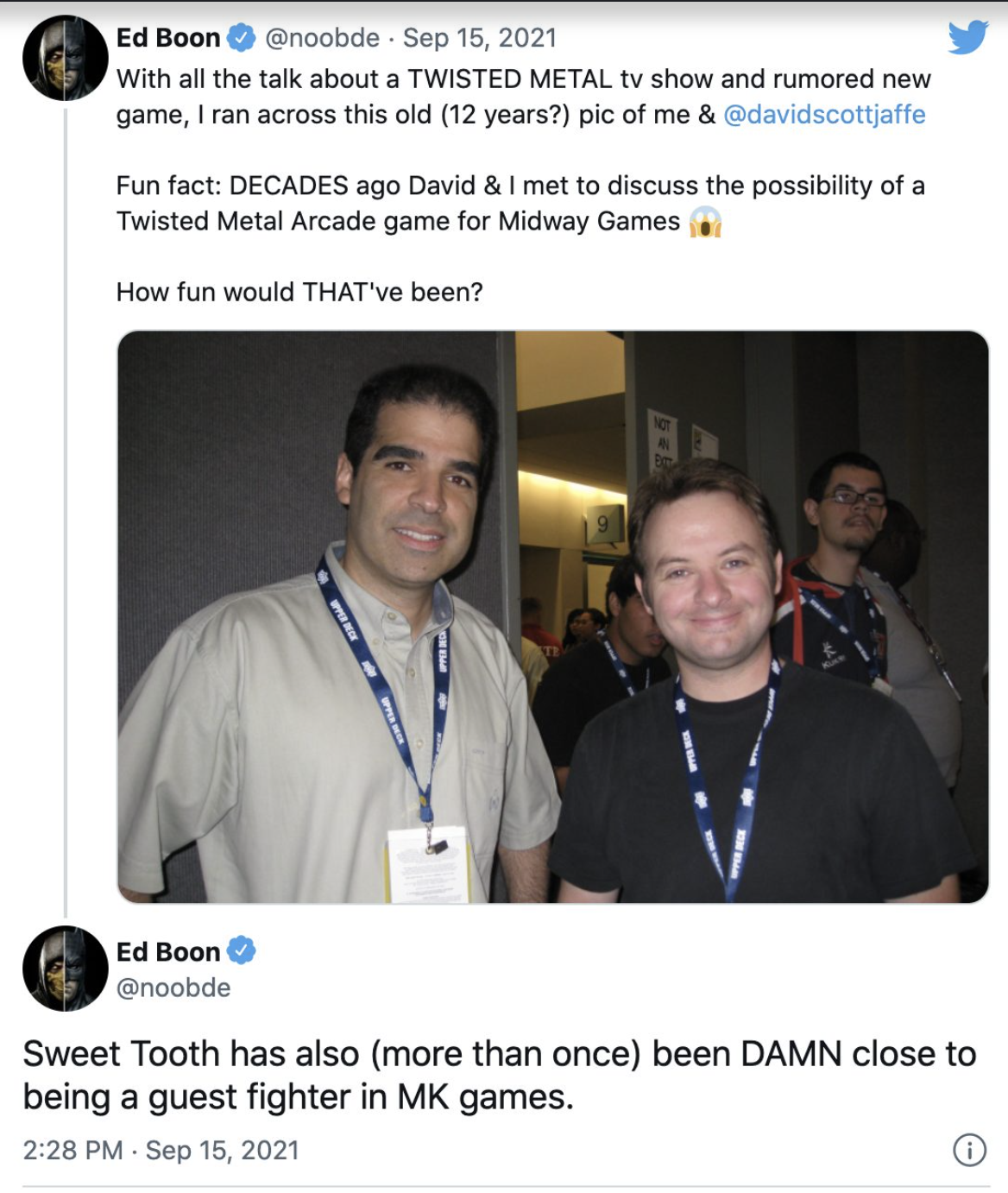 The surprises did not stop there, since Ed Boon commented that Sweet Tooth, the fearsome clown protagonist of Twisted Metal, was very close to appearing in one of the Mortal Kombat installments. Sadly, this was never the case and the developer did not elaborate on why.

Seeing Sweet Tooth in a Mortal Kombat would not be so far-fetched, after all, the saga has already had the Terminator, Predator, and Spawn as guest characters. The protagonist of Twisted Metal also has a look that would already make him feel perfectly at home in the fighting game. Hopefully the new TV series is so popular that it makes us see Sweet Tooth as a fighter in an upcoming title. Wouldn’t they like it?