Home Celebrity Why did Claire Fraser want to be with Frank? 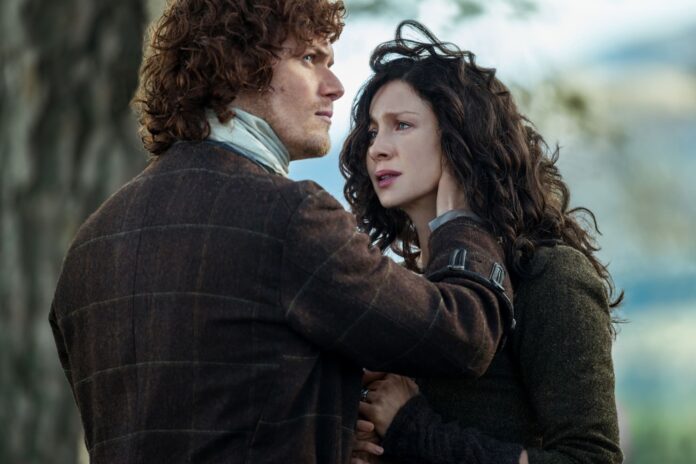 Viewers were heartbroken in the second season of Outlander when Jamie forced his loving wife Claire back through the stones as Culloden’s drums sounded closer and closer.

In Outlander, Claire quietly gave Frank permission to see other people because she was no longer interested in him. The only condition was never to bring her alliances closer to that of her daughter Brianna (Sophie Skelton).

Despite the pain, Frank seemed to find a small semblance of happiness with Ph.D. student Sandy Travers (Sarah MacRae). But this seemed to upset Claire and she appeared to be jealous on several occasions on the Outlander series.

One scene showed Claire asking Frank if he wanted to go to the movies. But she admitted that she had already made plans, suggesting that she would go with her girlfriend. Claire was enraged when she realized that Frank had started seeing someone else on Outlander.

The final moment of Claire’s jealousy on Outlander came when Frank told her of his plans to divorce and build a new life with Sandy in England. Claire seemed to scoff but there was more than a hint of envy at Frank’s hint of happiness.

Speaking of the third season of Outlander, executive producers Toni Graphia and Matthew B. Roberts addressed the motivations of the characters during their final storyline and Claire’s jealousy.

Outlander Producer Graphia explained: “I think we feel sorry for Frank here. I want you to find love. I want him to be happy”. While Roberts added: “I wished it could be her. That’s why it’s like, ‘I wish you could be the one who loves me.’

Claire’s jealousy may stem from her own ability to be with Jamie. For a long time she believed that Jamie had died in Culloden and so she felt that she had lost her own love in Outlander.