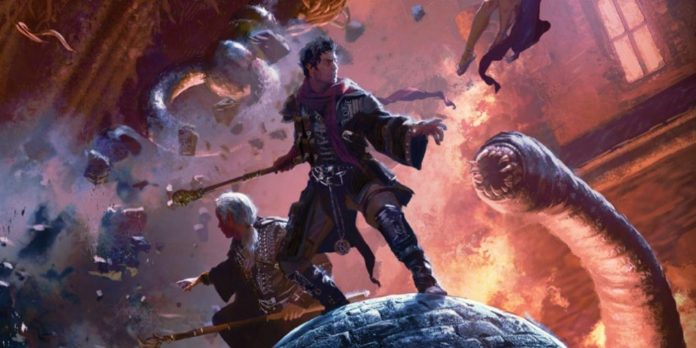 Optimizing Dungeons & Dragons characters isn’t always better, despite the joy of creating a character who is perfect for fulfilling his role in the group. Although everyone likes the incredible abilities that result from a skillful combination of race and class characteristics, the most successful combinations can become tedious. Creating a character with obvious flaws or whose best characteristics have nothing to do with his abilities can bring variety, humor and realism to a D&D campaign.

Creating a D&D character is an exciting and creative activity. However, it also requires careful foresight so that the character does not face premature death. One of the best ways to make sure that a character is well prepared for the treacherous path ahead is to match the characteristics of his race with the needs of his class. However, frequent use of the most powerful D&D character builds can stifle creativity, become boring, or limit the complexity of the game.

Creating a D&D character is more than optimization, it’s a balance between authenticity and creativity and feasibility. Sometimes it’s better to create a character with deliberate flaws and unexpected strengths. Although certain combinations of class and race do not make tactical sense, they give players the opportunity to stand out. For example, while the Leonine race’s strength and physique make it ideal for barbarians and fighters, players may find it more interesting to play as a Leonine bard who prefers to inspire his allies despite their obvious penchant for fighting. Another unorthodox build might be a kobold wizard who is determined to learn magic despite not being suitable for magic. These scenarios provide D&D characters with funny backstories and promote interesting player interactions. For those who value role-playing and story rather than gameplay, these features are worth a weaker character.

No one wants to create a character doomed to die in the first battle, but depending on the dungeon master, many D&D campaigns are lenient enough to allow a character with flaws to succeed. In addition, players don’t need to “shoot themselves in the foot” to create unorthodox character builds. Released in 2020, Tasha’s Cauldron of Everything expansion book included a framework for bypassing racial bonuses. This structure allows players to take into account the origin of the character when increasing ability scores. The introduction of this major rule change in Tasha’s Cauldron of Everything has made it easier for D&D players to move away from typical race and class combinations while retaining their characters.

Optimizing D&D characters is definitely worth the effort, but players shouldn’t be afraid to think outside the box when coming up with concepts for their next character. All characters have strengths and weaknesses, and although many players focus on matching the strengths of the character with their goals, the deliberate mismatch of these qualities can contribute to a unique role-playing experience. Playing with an unoptimized character offers experienced players a new challenge, allows you to develop your character throughout the campaign and, most importantly, honors the creative spirit that is necessary for Dungeons & Dragons.