Home Celebrity Why Daniel travels to Okinawa in season 3 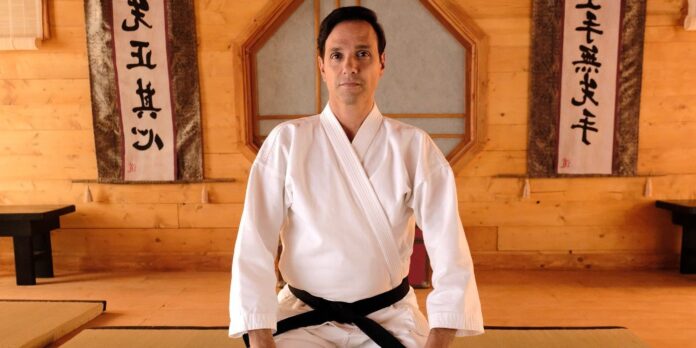 Cobra Kai fans, with the third installment will be able to witness the tense consequences of the fall of Miguel at the end of the second season.

In the third season of Cobra Kai, fans will also get nostalgic when Daniel LaRusso travels to Okinawa, Japan, where he will have his reunion with two characters from the past, Chozen and Kimiko.

Although there has been speculation about the main reason for Daniel’s trip to Okinawa during the third season of Cobra Kai, when it was said that he will be reunited with the late Mr. Miyagi, the actor who plays him, Ralph Macchio explained during an interview with Entertainment Weekly why he will return to his former mentor’s hometown.

It turns out that Macchio responded to this concern of Cobra kai fans, revealing that Daniel’s trip to Japan in the third installment, is due to the search for financial help to save his car dealership. This was what the actor explained in the interview:

“On top of everything we started the season with, he’s about to lose his business, or get to a place where, if he doesn’t sell, he will have problems.”

“And just like in the Karate Kid universe, some Miyagi element from your past triggers an idea, and it’s very well done. And he’s trying to get to Japan and talk to some of the importing companies. ”

“It’s not the supernatural that brings him there, but he’s at that point in the midlife crisis when everything falls apart, and this is where the magic happened in his childhood.”

And maybe there was an answer. And that’s when Tamlyn Tomita’s character, Kumiko, becomes a big part of that, and Chozen. This takes us on a two-episode journey, informs the character, and gives everyone a big nostalgic hug. “