Home Celebrity Why could Brianna and Roger be the main characters? 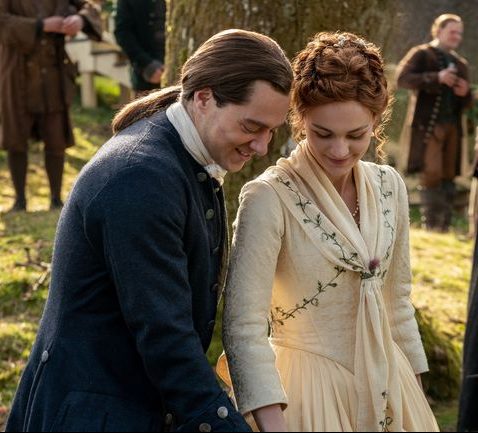 So far, seasons one through five of Outlander have mostly focused on the story of Jamie Fraser (Sam Heughan) and Claire Fraser (Caitriona Balfe). In recent outings, however, the stories of Brianna Fraser (Sophie Skelton) and Roger MacKenzie (Richard Rankin) have become more central to the Starz series.

As a result, some may wonder if the show is grooming the pair to become Outlander’s main focus. Likewise, Brianna and Roger could become the main characters, as fans of the Starz series will know, Jamie and Claire are getting old in the hit time travel series.

Over the past few seasons, the couple has visibly aged through their graying hair and wrinkles. This is even more pronounced in the book series, on which the show is largely based.

Let’s not forget that the most recent book written by Diana Gabaldon will be out very soon as it is the ninth book of the ten proposed for the Outlander book series.

In addition to following Jamie and Claire as they age, Gabaldon has also increasingly focused on Brianna (Sophie Skelton) and Roger (Richard Rankin) in her book series as the story continues.

This could have left Outlander fans wondering if the TV series will follow suit. On the other hand, a fan wrote via Reddit that in the books, they stray away from the Claire and Jamie story and to prioritize Bree and Roger.

However, it doesn’t seem like all fans are in favor of a Jamie and Claire swap on the show, claiming that they watch the show primarily because of Jamie and Claire’s relationship, regardless of age.

What will become of the story after Jamie and Claire Fraser? Let’s hope they come to a compelling ending for fans of the series. Don’t forget, Outlander seasons 1-5 are available on Amazon Prime Video.

What you didn’t know about ‘Black Swan’, the new MV of...