Home Entertainment Why Christopher Nolan’s Oppenheimer is Black and White 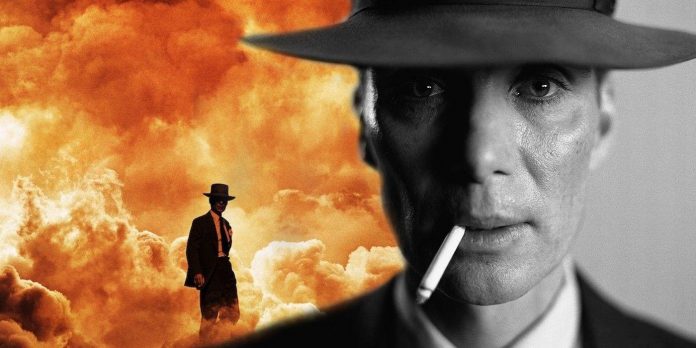 The release of the official trailer for Christopher Nolan’s Oppenheimer revealed that the film will be almost entirely in black and white. Nolan’s new project is a biographical film about J. Robert Oppenheimer, played by Cillian Murphy, a theoretical physicist and the creator of the first nuclear weapon. Oppenheimer focuses on physics and his time working on the Manhattan Project during World War II, however his black-and-white portrayal has raised questions about Nolan’s creative choices.

A biopic about Nolan is due to be released in 2023, and it features a huge cast along with Murphy, including Emily Blunt, Matt Damon, Robert Downey Jr., Florence Pugh, Rami Malek, Matthew Modine, Alden Ehrenreich, Kenneth Branagh and Gary Oldman. Oppenheimer’s new trailer has been released by Universal Pictures, unusually, in the form of a live video on YouTube and a direct announcement on Twitter. The trailer focuses on time, which is not unusual for Nolan, with a countdown to the release of the film, which is an important aspect of the trailer, and also shows that the film is shot in black and white.

Why Oppenheimer in black and white

The trailer revealed that Oppenheimer is mostly black and white, which is most likely due to the era in which he is set. Although the exact details of the plot are kept secret, Oppenheimer is based on Oppenheimer’s biography: American Prometheus: The Triumph and Tragedy of J. Robert Oppenheimer and his contribution to the Manhattan Project, so the use of black and white corresponds to the era of World War II. Nolan hasn’t shot in black and white since Memento, where the use of color and black-and-white shots represented scenes unfolding in different order, although this can be viewed chronologically on the Blu-ray version of Memento.

Oppenheimer, being mostly black and white, can make Nolan’s Film even Better

Nolan’s cinematic choice in “Oppenheimer,” which could fix Nolan’s interrupted box office run, means the explosions will have a bigger impact on audiences, especially when they get used to the black-and-white visuals. Colorful explosions are an important choice for this film, as they will reflect not only the impact of the atomic bomb in that era, but also the irreversible changes it brought to all military conflicts. Nolan’s decision to add colors to these explosions will greatly enhance their impact and make Oppenheimer’s black-and-white visuals even better.