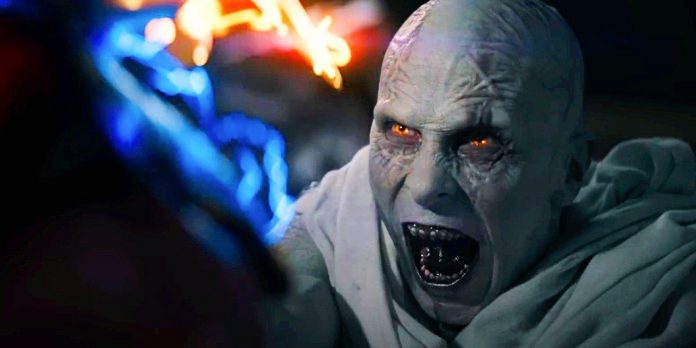 Christian Bale explains why his favorite role of Gorr, the butcher god in the movie “Thor: Love and Thunder” was cut by Marvel Studios. The MCU film by Taika Waititi and Chris Hemsworth marks the actor’s return to the world of comics. In the mid-2000s, he played Bruce Wayne/Batman at Warner Bros. The Dark Knight Trilogy. Now he portrays the Marvel villain in the movie “Gorr, the Butcher God.”

As his name implies, Gorr intends to kill all the gods after experiencing a personal tragedy. He blames the higher entities for his misfortunes after they ruthlessly devalued his grief. Powered by the Necromech, he sets out on a quest to fend them off until Thor learns of his crusade in Thor: Love and Thunder. Together with Jane Foster (Natalie Portman), who has now become a hero herself after she raised Mjolnir and became the Mighty Thor, and Valkyrie (Tessa Thompson), as well as Korg (Waititi), they go on a mission to stop Gorr the Butcher God.

Link: Why Loki is not in the movie “Thor: Love and Thunder”

In a new video released by Marvel Entertainment to promote the movie “Thor: Love and Thunder,” Bale tells details about his favorite scene he worked on as Gorr the butcher god. Unfortunately for him, Marvel Studios decided to cut the scene. Read his entire story below:

My biggest inspiration for Gorr is a music video, and Taika and I wrote this scream, which is in this video, but did not see the light in this film. So my favorite part is doing that. So I just shouted it for 30 seconds straight and Marvel said no. It wasn’t included in the final version, but I really liked it.

Earlier, Bale said that he wanted to refer to the video “Come to Daddy” by Aphex Twin in the movie “Thor: Love and Thunder”. He wanted the character to scream like a Gorr, which was the main condition for his participation in the project. Waititi agreed, but in the end, the piece was cut. It doesn’t seem like Bale feels bad about their broken agreement, as he understands why Marvel Studios doesn’t want that in the movie. He admits that the intended scene may be too complicated for a PG-13 rated movie, and the MCU tends to release more family-friendly blockbusters to satisfy a wider audience.

Be that as it may, there are many scenes in Thor: Love and Thunder that were eventually cut. It is not known what these fragments are, other than the cry of the Butcher God Gorr, but it is possible that they will eventually make it into the home release of the film. At the same time, given the fact that one of the main drawbacks of the film is the limited screen time of Bale, who copes well with his role as a villain, perhaps it would be better if they just reduced the scream and still made it work. for a PG-13 feature film.

Asterix & Obelix: Slap Them All! It Already Has a Release...

Tolkien’s Most Obscure Story is Actually His Best