Home Entertainment Why Celeste 2 is unlikely to be released 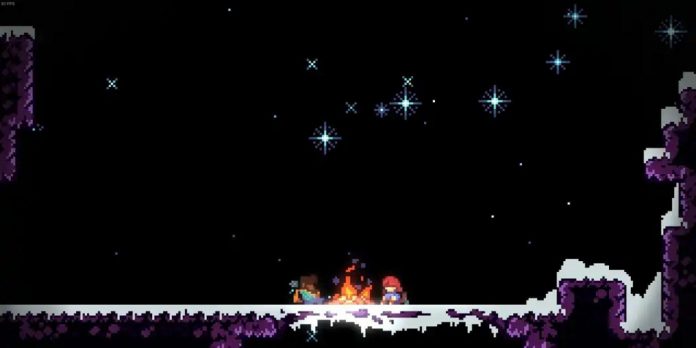 The story-driven single-player adventure game Extremely OK Games Celeste has paved the way for similar indie games since its debut in 2018. It’s easy to see why it’s similar to Super Meat Boy, Shovel Knight, and even the very successful Hollow Knight from Team Cherry. the exact platformer has become so widely loved and met with critics.

Celeste sold very well in the first year, despite the fact that it was just an indie game. Director Maddy Thorson announced that 500,000 copies of the game have been sold since its launch in January 2018. Even Epic Games picked up on the popularity of the game and released it for free during its “12 Days of Free Games” promotion, which probably helped it deliver over a million copies by the end of 2019. With such a huge success and the community of speedrunners and platformer fans behind them, it’s almost hard to believe that Celeste 2 isn’t in development.

The mountaineering journey becomes a platformer, as it can constantly introduce new mechanics in each chapter, as well as play on different platforms. The game as a whole is difficult, but not unfair due to the numerous checkpoints that players must reach, as well as the opportunity to learn from their previous mistakes in any future playthrough. The emotionally exciting storyline of Celeste’s main character, Madeleine, seems organic and heartbreaking.

However, in an interview with IGN in 2019, Thorson said that, in their opinion, after Celeste, they “pulled a well out of a well” and that they “really don’t want to do a sequel to this game.” They added that they might change their minds in the future, but didn’t know how to “do justice to the sequel.” Such concerns are understandable, because the popularity of the game was largely unexpected. If you praise for the mechanics, mood, powerful soundtrack and unique soundtrack of Celeste’s dialogues, the sequel will get its own high bar.

Technically Celeste has a sequel

Interestingly, the resulting game, which theoretically can be considered Celeste 2, was actually released in January 2021. The game called Lani’s Trek or Celeste Classic 2 is a PICO-8 platformer about hiking in the mountains, which is intended to be a continuation of the game. the original Celeste Classic. The latter was also the 2015 PICO-8 platformer that inspired Celeste fans to know and love today.

Lani’s Trek can be played for free on itch.io through the browser or through downloading. It is much smaller considering that it was created over a three-day period, and has a more retro style than its predecessor Celeste Classic. The lead developer commented on the existence of the game, saying, “We said we probably wouldn’t do a sequel to Celeste, but we didn’t say anything about Celeste Classic.”

If Lani’s Trek isn’t so appealing, fans may recall that Celeste received a free DLC containing the most challenging levels developed for the platformer. These 100 levels, 40 minutes of new music, never-before-seen mechanics such as 2-Dash Refills and Jellyfish, and bittersweet farewells to characters who should be treated as a new chapter have been released under the title “Farewell DLC”.

These additional levels can be unlocked after completing Chapter 8, although the first four sub-chapters are available before that. These levels make up the longest chapter in the game and use its most technical mechanics, such as Wavedashing and Wallbouncing. The developers’ efforts were well received, and Celeste performed well when it was released for the Nintendo Switch consoles.

Without an official write-off, Celeste fans can hope that an official sequel may appear in the distant future. Its popularity is definitely not fading even four years after the launch of the original game. Subscribers may also be interested in the newest project of Extremely OK Games — a two-dimensional research game called Earthblade, which is expected to launch in 2023.

Celeste is already available for PC, PS4, Stadia, Switch and Xbox One.