Home Celebrity Why celebrities are obsessed with red hair fashion: “People are ready to... 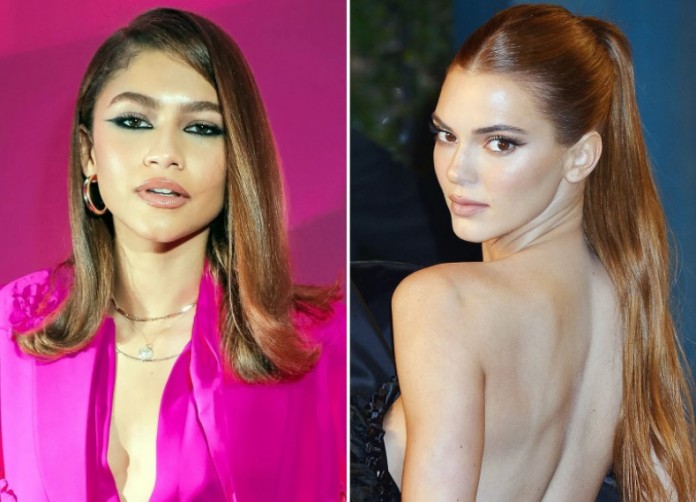 Trend warning! Countless stars fell in love with the red hair trend in 2022 — and they dyed their manes to prove it.

The craze shows no signs of slowing down anytime soon, especially when you consider how many celebrities have dedicated themselves to the fiery color. Zendaya, Sidney Sweeney and Lourdes Leon are just a few of the stars leading the image.

And, of course, you haven’t forgotten about Kendall Jenner’s red hair makeup. In March, It Girl colorist Jenna Perry posted a glamorous photo of the 818 Tequila founder’s new strands, which single-handedly convinced fans to turn red.

The trend goes beyond Hollywood. The famous colorist Rita Hazan (whose clients include Beyonce and Mariah Carey) drew attention to the surge in requests in her famous Fifth Ave salon.

Why is it trending? Dmitry Irshinsky, a colorist at Fekkai SoHo salon, tells us that “people are ready to declare themselves,” especially after we abandoned our usual hair care regimes in the face of the COVID-19 pandemic.

Whether you’re ready to make this important announcement or just want a little update, you probably have questions. Before making an appointment for a hairstyle to get a celebrity’s favorite shade, follow these tips from Frederick Fekkai (the famous hairdresser and founder of Fekkai) to choose the most flattering shade.

“If you have light skin with a blue hue, strawberry or light copper color will be the most flattering, and burgundy or a richer red color will complement the skin with an olive or golden hue,” says the professional.

“Like choosing red lipstick, if you want to look more natural and complement each other, follow the shades you were born with,” he continues. “If you want a more dramatic, contrasting look, use the opposite.”

As for keeping your new shade, keep in mind the following: “Red fades faster than any other color, so make sure you’re ready for that kind of care,” says Hazan. “If you want something that doesn’t require care, add some red highlights to your hair to get a no-strings-attached effect.”

Another home option? “Use a homemade gloss to maintain color or Rita Hazan True Color Ultimate Shine Gloss ($13),” she says. Apparently, this is a “salon secret”: “keep the color bright and the hair as shiny as on the day of coloring.”

Keep scrolling to take a look at some of the biggest red hair transformations of 2022 for inspiration, with before and after photos that will surprise you.

In typical supermodel fashion, Jenner debuted with copper hair on the Prada catwalk in February during Milan Fashion Week. Experienced colorists Matt Rez and Jenna Perry worked on the coloring.

Fans were furious when the Game of Thrones star turned dark red in 2021, but they took her up a notch when she leveled the color to scarlet in February.

In March, the Euphoria star came out with strawberry blonde strands. Despite how fashionable it is, she told Allure that it was for an acting performance: “Actually, I did it for the character a while ago. I had to hide it with a lot of hats and hoodies. And now I can make my debut with him. It’s funny — it’s closer to my real hair color, so I feel more Sid in this color than when I’m blonde.”

The Euphoria actress was one of the first to blush last December when she took to Instagram to show off her fiery red mane. At the Vanity Fair Oscars party in March, she introduced a more subdued shade of a trendy shade.

After teasing her honey-red hair on social media, Zendaya finally showed it off in March at the Valentino Fall-Winter 2022 show during Paris Fashion Week.

Madonna’s daughter wowed fans at the Vanity Fair Oscars party in March with dark red strands after teasing a fiery image in a Marc Jacobs advertising campaign in 2021.

Slim, but chic! In March, the model jumped on the bandwagon of red hair, abandoning her natural dark strands in favor of chestnut-red.