Home Home Page Why CBS FBI Fans Should Be Excited about Missy Peregrine’s Return as... 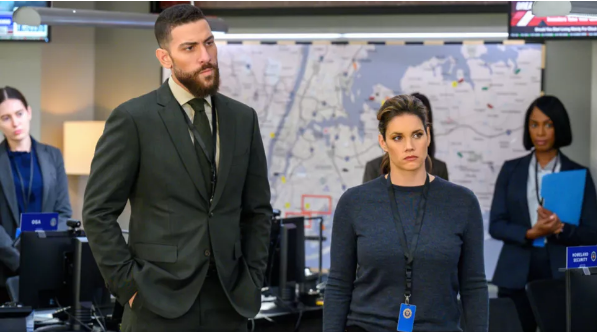 Zico Zaki shared why fans should be thrilled to see Maggie again!

The FBI team officially returned to work at CBS after the premiere of the fifth season, which was so explosive that it changed the priorities of the OA when it came to protocol. All the hands that were available were on deck for the first episode of the fall TV season, but Maggie is unfortunately still behind the scenes as she recovers from sarin exposure back in season 4. She will be back, as OA saved her life (and one day the actress Missy Peregrine returns from maternity leave), and the partner in the film Zico Zaki told why fans should be delighted with this.

Zico Zaki spoke with CinemaBlend about the FBI’s return to prime time in the fifth season, including that the show’s premiere will not start the way viewers are used to. When I asked that he was excited that fans would finally see a break after the break ended, the actor shared:

“I’m really excited for the fans to see Missy Peregrine return, and I’m really excited because when I shoot this, I feel like it’s almost the start of a new season. There will be these nice chapters and nice refreshing moments that hopefully over the next two seasons will just keep everyone hooked. Whatever we find is hopefully a groove, but it’s unpredictable. [laughs] It doesn’t sound like a groove, but I think it will be.”

I think it’s safe to say that many fans were already looking forward to the return of Missy Peregrine as Maggie (even though Nina Chase from Chantelle VanSantin was a great addition to the team in Maggie’s absence), but his comments are even more cause for concern. excited. He also looked far into the future, noting that in the spring, the “FBI” was extended not for one, but for two more seasons. Whatever the future, it’s clear that this show has made enough of a splash to become a major hit for CBS.

It is still unclear exactly when viewers can expect Maggie to return, although Missy Peregrine herself announced back in July that she would return to work in September. Chantelle VanSantin also revealed how long she would be working for the FBI back in August, saying she had signed up for ten episodes of the show. She appeared in four episodes of Season 4, presumably in the Season 4 finale, which was postponed, and in the Season 5 premiere, suggesting that the FBI will have at least another month or so of Nina Chase in the future.