Home Celebrity Why carrying the LaRusso last name has disadvantages 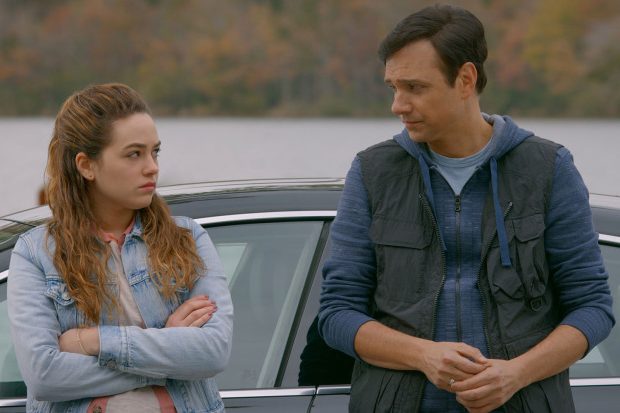 Cobra Kai has enough episodes at this point to stand on its own without The Karate Kid, but it’s fair to say that the series will never escape the original franchise or the ideas some fans have about it.

For her part, Mary Mouser learned this the hard way when she revealed that playing the daughter of Daniel LaRusso (Ralph Macchio), believe it or not, has a downside. Because the comments are not always so kind to the LaRussos.

Recall that Samantha (Mary Mouser) received a lot of criticism in the second season of Cobra Kai, for inadvertently confronting Miguel (Xolo Maridueña) and Robby (Tanner Buchanan) against each other due to a love triangle. Yet despite that, the actress is right to be aggravated that fans think that Sam or any of the LaRussos are the true villains of the franchise.

Because one of the main themes of Cobra Kai is that the nature of people is not as black and white as it could have been portrayed in The Karate Kid and that people can make good and bad decisions at various times.

So while Samantha LaRusso is a source of drama for the Cobra Kai series, she is not the only source. If we look at the true villains of Cobra Kai, Season 3 showed that it was the adults like Daniel, Johnny (William Zabka), and Kreese (Martin Kove).

Those who unintentionally or intentionally manipulated adolescents in an attempt to resolve old disputes. On the other hand, the fourth season of Cobra Kai is in development, likewise the first three seasons are available on the Netflix platform.

EXO’s Kai talks about his idol career on My Signature

How did he relate to Angelina Jolie in Mr & Mrs...