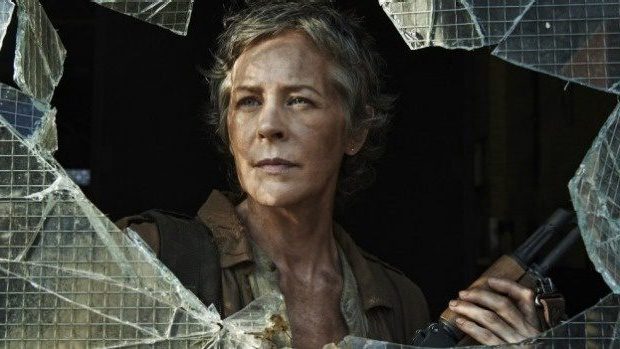 Scott Gimple, writer and supervising producer of The Walking Dead commented a few months ago in an interview that before becoming the showrunner of the series in Season 4, he was investigating the murder of Carol played by Melissa McBride, stating that he did not initially he was satisfied with that.

At the urging of McBride co-star Sarah Wayne Callies, who played Lori Grimes, Carol’s friend and the character’s wife Rick Grimes (Andrew Lincoln), then-showrunner Glen Mazzara decided not to follow through on plans to kill Carol during the show. Season 3 episode titled “Killer Within”.

Although like her comic book counterpart, who did die during the group’s occupation of a Georgia prison, Carol played by McBride almost met her end from a walker attack in that season of The Walking Dead, but contrary to what dictates the original story, survives.

As you will recall, Carol Peletier’s character growth journey through the 10 seasons of The Walking Dead has meant many of the show’s best moments. After suffering the loss of her daughter Sophia hers, Carol went from being an abused and unpretentious housewife to a survivor and queen of the Kingdom.

Once Carol survives the prison walker invasion when a zombie-bitten T-Dog (IronE Singleton) takes her to safety, the character has distanced herself from the comic, becoming one of the few from Season 1. who are still alive on The Walking Dead, even surpassing series leader Rick Grime.

“It has been absolutely amazing. This could be one of my favorite seasons,” McBride told AMC of her character who survived all ten seasons of The Walking Dead.

The creators of The Walking Dead series saw the potential that a survivor of domestic abuse could have in a post-apocalyptic world. Instead of letting her past destroy her, as it did in the comics, they decided to use Carol’s trauma to empower her, allowing her to outlast most of her original companions.

On her side, fans of the character played by McBride look forward to her return in extended season 10 of The Walking Dead and the upcoming eleventh and final season spanning 24 episodes between 2021 and 2022.

Likewise, Carol and Daryl will then hit the road in an untitled spin-off created by Gimple and showrunner Angela Kang due out in 2023. Furthermore, The Walking Dead will return with new episodes on February 28, 2021 on AMC. .