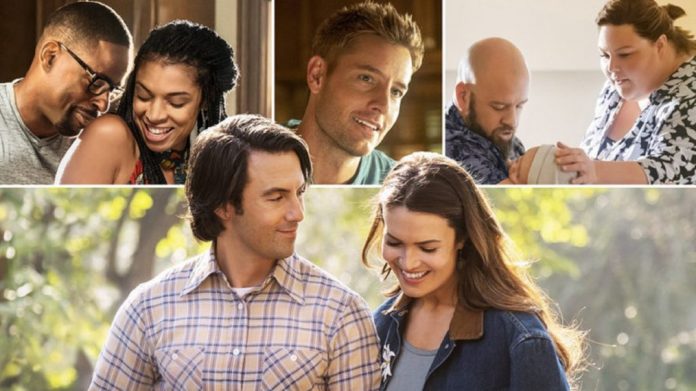 After the February 19, 2021 episode of This Is Us season 5, fans can’t help but thank this person who was never on the show. Fans met several new characters during the episode who were having a difficult time connecting with the Pearson family.

At the end of the episode, his true identity was revealed, and now This Is Us fans won’t stop sending their gratitude to this man. This Is Us season 5 is very different from previous seasons due to the COVID-19 pandemic, the writers had to change the way the characters look.

Randall Pearson (Sterling K. Brown) can no longer fly across the country in the blink of an eye. Instead, the producers incorporated the technology into the episodes in a very important way.

In This Is Us Season 5, Episode 8, Randall used video chat technology to keep Madison (Caitlin Thompson) company during her labor. They stayed on the video call for hours until Kevin (Justin Hartley) finally arrived.

Since Toby (Chris Sullivan) couldn’t be in the delivery room, Kate (Chrissy Metz) introduced him to her new baby with another video call. In this way, Rebecca Pearson (Mandy Moore) met her three new grandchildren through video chat and the writers felt it was essential to incorporate how the world is dealing with the pandemic in the This Is Us program.

To incorporate how each family relied heavily on technology to stay connected, the producers of This Is Us brought in two new guest stars. Abhi Sinha played Nasir Ahmed and Katie Sarife played Esther Ahmed.

See Also
This Is Us: contains episodes postponed due to epidemic

Many fans thought that the two new characters could be related to Miguel (Jon Huertas). However, they were not related to anyone on the This Is Us show. Because Nasir Ahmed was an Indian-American electrical engineer, computer scientist, and teacher who helped invent the Discrete Cosine Transform.

In 1972, he believed that this new technology could be used to share images across the country or around the world. At first, fans weren’t happy that This Is Us incorporated COVID-19 into the story of season 5, but now they appreciate how they are integrated into the pandemic so as they enjoy the tribute to Esther and Nasir Ahmed, they cannot leave to thank.

“I loved the fabric of Nasir’s story in the episode,” wrote a fan on Reddit.

“He made it very personal for everyone who had to rely on video and photo sharing technology to get through the last year. That is why many were touched by the drama, “added the fan.