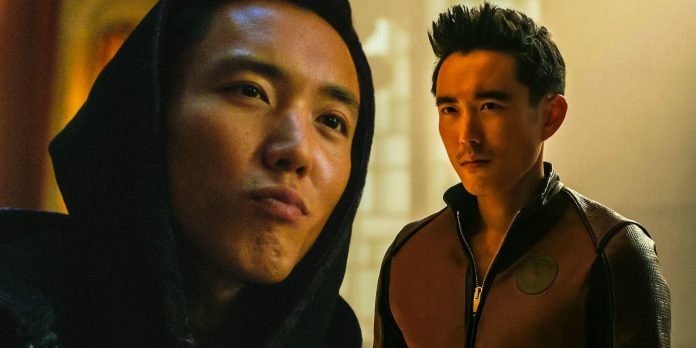 Umbrella Academy presented to the public the Hargreaves, seven children with superpowers who were adopted and trained by the scientist and billionaire Sir Reginald Hargreaves. Over time, the Hargreaves separated and did not speak to each other for years, and years later reunited to stop the apocalypse. Unfortunately, they were unable to stop the end of the world, and they had to jump to 1960s Dallas, Texas to save themselves, where they successfully stopped the second apocalypse. Hargreaves was finally able to return to his current year (2019) at the end of season 2 of Umbrella Academy, where they were met with a huge surprise: Reginald did not adopt them, but instead adopted the other seven children out of 43 children born under mysterious circumstances and formed the Sparrow Academy, and among them Ben (Justin H. Min).

Ben Hargreaves was number six at Umbrella Academy, but he died before the events of the series, and it is still unknown exactly how he died. That’s why when the Umbrella team visited Reginald in 1963, he didn’t know about Ben, so he adopted him in a new timeline and made him part of the Sparrow Academy. The first trailer for the third season of Umbrella Academy briefly talks about the Sparrows and their powers, including Ben’s abilities, showing that Sparrow Ben will be more powerful than when he was at Umbrella Academy, as he is now in full control of his powers.

Ben was one of the most powerful and dangerous members of Umbrella Academy, as he could summon supernatural tentacles from a portal in his stomach, and later, as a ghost, he could possess people for short periods of time. Since Umbrella Ben died at a very young age, he was unable to master his abilities, but the story of Sparrow Ben was completely different. This version of Ben has received the proper training that Ben from Umbrella never had, has a stronger bond with his siblings, and it is implied that they all have a better relationship with Reginald than Umbrella, as they still work together as a team and live together. at Reginald’s mansion. This would make Sparrow Ben the main opponent of Umbrella Academy, because although they knew well what he was capable of, they never fully learned about his abilities.

The 2nd season of Umbrella Academy revealed some of the team’s abilities that didn’t show up in the first season, and most likely more skills will be revealed in season 3, including Ben. Ben’s powers were not properly studied at the Umbrella Academy, but through Ben’s Sparrow, the Umbrella team and the audience will finally find out what Ben is really capable of, although his abilities can make him not only a strong ally, but also a dangerous enemy.

Spider-Man: 5 Details You May Have Missed In The New Trailer

Xbox Anniversary Celebration: Date, Time And Where To Watch The Streaming...