Home Entertainment Why Call of Duty: Black Ops 2 Remaster Is Worth It 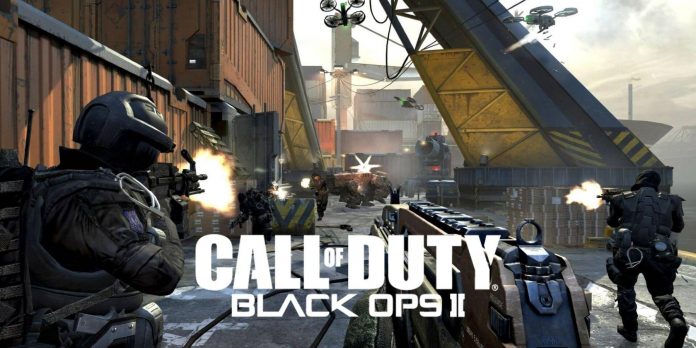 Many believe that Call of Duty: Black Ops 2 offers one of the best experiences that the legendary fist shooter franchise has to offer. Given its unique branched single player mode, perfectly balanced multiplayer mode and exciting zombie mode, the title could offer something great for a huge number of fans.

We can say that Call of Duty as a franchise is experiencing a turning point compared to the previously established and long-standing formula, and the probability of releasing the name decreases every year. This could potentially open up a market for remasters of the franchise’s most popular games, and Black Ops 2 would be as good a remaster contender as any other.

A huge element of Black Ops 2 supporting a potential remaster is the campaign, which is one of the most extensive in the history of the franchise. As a continuation of the cult classic campaign of the original Call of Duty: Black Ops, Black Ops 2 is one of the few CoD games that has an extensive storyline that the player can directly influence, complemented by several different endings.

As for fan-favorite characters like Alex Mason and Frank Woods in their older years, Black Ops 2 also introduced one of the most layered villains in the series in the person of Raul Menendez. The remaster will not only allow fans to relive the intense story and tortuous plot of Black Ops 2, but will also provide Treyarch with the opportunity to add new endings and plot options, opening up a completely different dynamic of the story and adding much-needed significance to the remaster.

The revival of the legendary multiplayer mode Call of Duty: Black Ops 2

It’s no secret that even as the Call of Duty franchise developed, the multiplayer mode in any given game remained a decisive factor in the popularity of the game and its perception by critics. In addition to one of the most memorable campaigns, Black Ops 2 is revered by long-time fans for the quality of the multiplayer mode. Many believe that this is the perfect combination of the classic Call of Duty experience “boots on the ground” and a more futuristic twist that the franchise has been sticking to for a while. The series continued to struggle with its identity in terms of how far it could go in a futuristic setting, but Black Ops 2 remains the most enjoyable place in the minds of many.

Built around the then futuristic setting of 2025, the main multiplayer gameplay of Black Ops 2 seemed familiar, presenting fans with previously unseen series of murders and weapons, and the game was no longer tied to the limitations of modern or historical warfare. Given the relatively negative reputation that recent multiplayer franchises, such as Call of Duty: Vanguard, have received, the market for the revival of Black Ops 2 is more than present.

The remaster of Black Ops 2 can provide an instant revival of the multiplayer game, and the online mode of the original game is understandably a relative ghost town due to its age and presence on outdated equipment. With an expanded player base, fans will be able to relive the excitement of the Black Ops 2 multiplayer game with the possible addition of brand new maps providing an unprecedented element of gameplay in the classic game.

Many Call of Duty games led by Treyarch are characterized by their own unique tertiary mode, known as zombies. Starting with the critically acclaimed World at War, the Call of Duty zombie mode allows players to fight for their lives against the endless threat of zombies, using points to unlock a map, purchase power-ups and super-powered weapons.

Although the zombie mode may seem outwardly simple and rather one-dimensional, the introduction of carefully thought out and extremely complex “Easter eggs” on various zombie maps has led to the fact that the mode has become extremely popular among part of the CoD community. Black Ops 2 has a fantastic approach to the zombie formula, becoming the first game to introduce an individual ranking system exclusively for the Call of Duty zombie mode.

TranZit was the starting map for Black Ops 2 zombies, rewriting what one would expect from zombies by allowing players to navigate the map via an automated bus. Later released via DLC, the Die Rise, Mob of the Dead, Buried and Origins maps are widely considered to be among the best zombie maps ever released.

Easter eggs for these cards were beyond what players had experienced previously, requiring serious dedication, planning, teamwork, and often luck to complete. We can say that Black Ops 2 introduced zombie Easter eggs to a much wider audience, which led to a much more stable popularity and a replayability factor for the mode in the title.

Open a new Pokétienda in Madrid; second dedicated to Pokémon of...