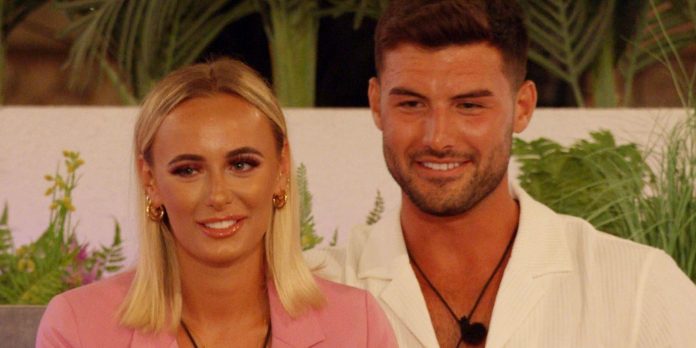 Love Island UK 2021 winners Millie Court and Liam Reardon have split up, and fans think their breakup was only a matter of time. The couple’s path on the show was not smooth after their relationship was put to the test by newcomers Casa Amor. Millie and Liam’s romance lasted a year before they publicly announced their breakup on their social media accounts.

While Millie remained loyal to Liam throughout the season, the Welshman split with Lilly Haines from Casa Amor. Liam’s betrayal became known to Millie after he returned from the Villa Casa Amor. Understandably, Millie was shocked and devastated to hear about what had happened. However, she forgave Liam, and together they became the winners of season 7 and received a cash prize of 50,000 pounds. After the separation of the famous Love Island couple was announced, both sides announced that they plan to remain friends. Now it seems that fans are not surprised by Millie and Liam’s decision to break up. Instead, many are confused that their relationship lasted so long.

Link: Love Island in the UK receives hundreds of complaints from viewers about bullying

Redditor shami1111 created a topic about Millie and Liam’s breakup. The topic was inundated with comments from fans who said their breakup was expected. User Whysotaxing commented: “Not surprised, a mandatory year to ‘prove the haters wrong’ is what it is.” Another user, nx85, added: “I’ve been waiting for something that shouldn’t have happened at all.” Some were of the opinion that the couple may have broken up some time ago, but decided to keep the state of their relationship a secret. Moreover, some fans even believe that Liam and Millie stayed together because of the money, because the popular couples of the finale of “Love Island” usually earn well after the show.

However, many viewers believe that their relationship was sincere and could see that they really care about each other. Fans also mentioned the 8th season of “Love Island”, in which Jacques O’Neill “copied” Liam’s behavior with the Casa Amor girls. Some fans have suggested that Millie may have realized her worth when watching Casa Amor this year, and that the Essex woman came to the conclusion that she still shouldn’t have forgiven Liam last year. Redditor gogo0077 commented: “Right during the annual Casa Amor ceremony, it looks like she finally immersed herself in it [Millie]. The fact that she didn’t dump him [Liam] right after she was able to watch the show back is much more amazing.” In any case, many fans of Love Island believe that the couple’s relationship was doomed from the very beginning.

The storyline of Liam and Millie caused viewers to worry about whether future participants of the Love Island from the UK will begin to assume that after cheating in the “House of Love” they can be forgiven and even win the competition. It seems that their concern is unfounded, since “Liam” from season 8, aka Jacques, ruined his relationship with Paige Thorne by attacking Casa Amor women. As a result, Jacques decided to leave the show because he didn’t want to see Paige meet other male islanders. After all, getting lost in the Casa Amor Villa is not the best way to start a long—term relationship.