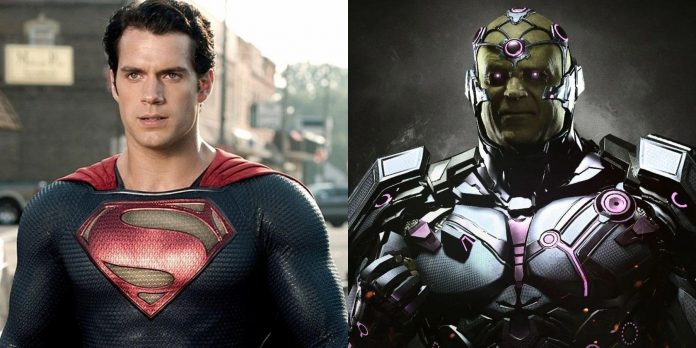 Superman has a long and rich history of cinema dating back to the 1940s. From Christopher Reeve to Henry Cavill, The Man of Tomorrow has defended truth, justice and hope on the big screen for the better part of a century.

However, unlike other comic book legends, Batman and Spider-Man, Superman’s rogue gallery has largely remained unexplored — Lex Luthor and General Zod are his only antagonists who were really in the spotlight, while Doomsday and Darkseid played only minor roles. in “Batman v Superman” and “Justice League” by Zack Snyder, respectively. There are many long-standing Superman villains who have never appeared in a movie before, but would be ideal opponents for the next living incarnation of the Man of Steel, whatever it may be. And there is no better candidate for this role than Vril Dox, aka the cybernetic space invader Brainiac.

There are several main reasons why Brainiac should be the next supervillain adapted for the film, unlike, say, Bizarro, Mongul, Metallo, Parasite or Mr. Mksizptlka. First of all, he is perhaps the most iconic Superman villain who has not yet appeared in an action movie. Originally created in 1958 by writer Otto Binder and artist Al Plastino, Brainiac was one of Superman’s most sworn enemies both in and out of comics. After all, while he may not have made his big-screen debut yet, Brainiac is no stranger to adaptation.

Back in 1978, Brainiac threatened the world of television, becoming famous for appearing as a member of Lex Luthor’s Legion of Doom in the Super Friends cartoons. Prolific voice actor Cory Burton portrayed the character in the 1996 animated series Superman, which reimagined him as a rogue Kryptonian AI. This new origin was revisited in the series “Smallville”, in which Brainiac was played by James Marsters, known for the series “Buffy the Vampire Slayer”. Most recently, he appeared as the main antagonist of the Syfy series “Krypton”, played by Blake Ritson.

Brainiac was also the final boss of the 2017 fighting game Injustice 2, in which he was voiced by the famous character actor Jeffrey Combs. And finally, he is also ready to become the main antagonist of the upcoming video game “Suicide Squad: Kill the Justice League”. Looking at all the numerous adaptations in which Brainiac has appeared over the years, it’s safe to say that he has enough fame to consider him the main villain. In fact, the very name “Brainiac” has entered popular culture as a synonym for genius, which is used even by people who do not know the origin of this term from comics.

A supervillain from Beyond the Stars

In the gallery of scammers of any superhero, the most tenacious villains are those who serve as an effective foil for the hero. Lex Luthor challenges Superman’s humble, honest selflessness with narcissistic manipulation and greed. General Zod’s status as a militant nationalist contrasts with Clark’s immigrant history. Darkseid, the embodiment of tyranny and fear, serves as the ideological opposite of Superman, a symbol of hope and defender of the common man. And Brainiac, of course, is no exception to this rule. If Superman is a perfect alien hero, a survivor of a dead world who uses his power to protect his adopted homeworld, then Brainiac represents the perfect alien villain.

This is a character plucked straight from a classic sci-fi short story or a mannered category B movie. Originally from the planet Kolu, Brainiac is a cruel, calculating cyborg who travels the universe in search of knowledge. Using a skull-shaped spaceship and other advanced technologies, he invades every inhabited world he encounters, squeezing one city from each planet and storing it aboard his ship for further study. Like Superman, Brainiac is a strange visitor from another planet, gifted with incredible abilities beyond anything ordinary people are capable of. But while Superman has dedicated his powers to helping and protecting all living things, Brainiac uses his intelligence and technology to achieve his own intricate goals. He sees other people not as individuals who need to be protected, but as smaller creatures that need to be explored and collected or destroyed if he sees fit.

Brainiac would be the perfect villain for a film about Clark Kent’s struggle to feel at home on Earth. In many Superman stories, Clark feels literally alienated from humanity because of his abilities, fearing that he will never truly fit into it. Brainiac could serve as an effective narrative backdrop in such a film, embodying everything Superman doesn’t want to be. , but fears that he may become. In addition, by proving what kind of threat aliens can pose, Brainiac can confirm Luthor’s claims that the presence of Superman poses a danger to humanity—at least in the eyes of the public.