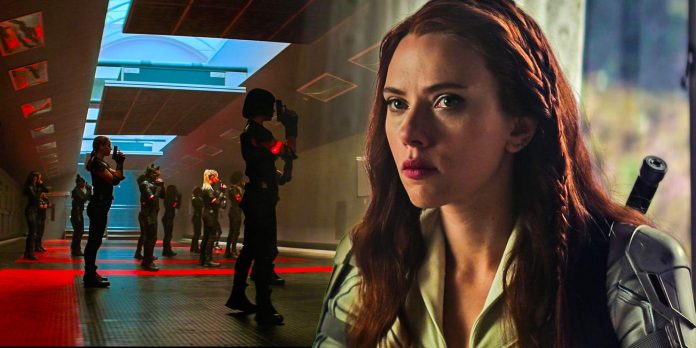 Despite receiving the Supersoldier serum in the comics, the MCU version of Black Widow has never been improved beyond peak human capabilities. Chosen in infancy based on her genetic potential, Black Widow Scarlett Johansson was carefully trained by General Drakov as a master spy and assassin. A study of Natasha Romanoff’s training and the introduction of other Widow agents into the Black Widow confirmed that the improvement of the super soldier never became part of the Black Widow program.

In the comics, Natasha Romanoff gained increased strength and endurance, slowed down aging and resistance to diseases thanks to the Soviet version of the supersoldier serum during training in the Red Room. However, in the MCU, her training stopped before artificial improvement. Drakov’s connection to the Red Guardian, the existence of Taskmaster and his development of a chemical change to ensure loyalty— all this suggests that he had the technology to somehow improve Natasha, but he decided not to do it. This decision is puzzling, given that her extensive skill set and combat capabilities can only be improved by Super Soldier serum or nanotechnology.

However, Drakov’s characterization in Black Widow explains his decision not to improve Natasha or other widows. Drake prided himself on his ability to turn young girls, whom he considered useless, into the best killers. He attributed the success of the program to his special insight and leadership. Artificially enhancing Black Widows, such as Taskmaster or Red Guardian, could potentially undermine his claim to exclusive responsibility for their skills. Instead of drawing out their potential, he added something-transferring the source of their abilities from him alone to any improvements.

Drakov’s pride was fully manifested when Natasha ran into him in the Red Room. He constantly emphasized his role in the Black Widow program, saying, “I recycle garbage. And I give them a purpose. I give them life,” and calling the agents “my widows.” He was very worried about his role in Romanova’s life, telling the masked Black Widow: “She had nothing. I gave her home. I gave her love,” which directly contradicts her mother’s efforts to find her. Drakov imagined himself as the only benefactor of Widows, a god who created perfect beings. The more successful a Widow like Natasha was, the more he attributed her abilities and the more he was infuriated by her obvious ingratitude.

The way Drakov described Taskmaster shows that he viewed the improvement as an external intrusion for which he could not take responsibility. He told Natasha that he “had to” put a chip in Antonia’s neck before admitting, “You gave me my greatest weapon.” No matter how useful Taskmaster was to him, he did not attribute her abilities, as in the case of Widows. Rather, he thanked Natasha Romanoff for forcing him to give Antonia technical means.

While “Black Widow” would have been a great opportunity to rethink Natasha’s lack of strength as a Black Widow and tie her backstory more closely to the comics, the MCU instead linked her story to Drake’s pride. This decision highlighted how carefully he had shaped her life to serve his ego. Natasha Romanoff may not have had the same super soldier abilities she had in the comics, but she got a sworn enemy whose pride and strength made him a unique evil.

How the Marvel movie “Spider-Man: Another Day” and “Daredevil” failed